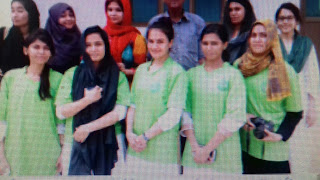 He disclosed that the university will have teams of its women students in table tennis, basketball, netball, throwball besides cricket and hockey and will participate in the university’s inter-departmental sports.
readmore »»