The Indian cricketers, having emerged triumphant in a Test series in New Zealand for the first time after 41 seasons, were accorded warm welcome upon their return home on April 9. 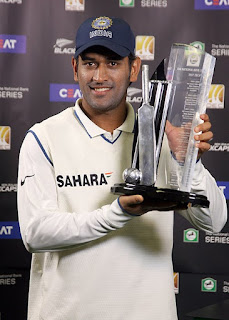 The batting stalwarts Rahul Dravid and VVS Laxman flew into directly to their respective cities, Bangalore and Hyderabad.

The Indian cricket fans had the reasons to feel proud of their team who had overcome all the obstacles to record their first Test series win in New Zealand after Mansur Ali Khan Pataudi's team had downed them on their own soil in 1967-68.

The ride has been rough and bumpy for the Indian sides over the years having had to endure the cruelties of the nature besides taking care of their form. What happened in the third and final Test at the Basin Reserve in Wellington was so typical of their fate. It has remained so near yet so far story for them on a number of occasions.

Their win in the first Test at the Eden Park, Auckland, was their maiden Test triumph on the New Zealand soil for 33 years or so. They should have won handsomely the third Test as well to take the series 2-0. But the manner in which they were robbed of the win in Wellington suggested they might need decades if not centuries to accomplish it.

The Indians have won so few matches, despite having dominated decisively so many times, that they value their every win much more than any other team despite being in possession of the strongest outfit in the business.

That could be one reason why the Indians sometimes play cricket that looks unusual if not mind-boggling. They know how difficult it’s for them to complete a win. Therefore they adopt tactics that are different to other teams.

Sometimes you have to pardon them for not delivering because of their consistent hard luck. They should have aimed for a whitewash over the New Zealanders but their own performance was terrible in the second Test at the McLean Park, Napier, where they had to play out time save the game. 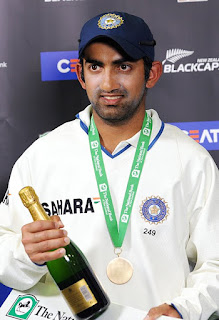 One is not sure how Dhoni has been labeled as a lucky captain. Yes he may be less unluckier than his predecessors but to expect the luck to go with him is something beyond my comprehension. That’s why he may not be able to have the success rate as high as that of Ricky Ponting or Clive Lloyd despite having the capacity of doing better.

Ponting and Lloyd didn’t have to fight the nature. They got the value for their performance. Not Dhoni. If he had just normal luck, his side would have won the Wellington Test.