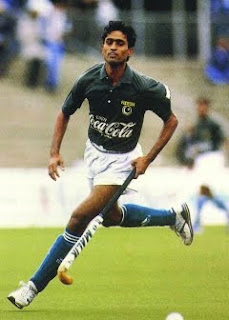 It’s not often that the Pakistan hockey greats have thought or functioned on a common goal after having quit the game that earned them name, fame, wealth, recognition and respect beyond imagination.

Lately, however, they appear to have become united in their stand for ousting the all-powerful Secretary of the Pakistan Hockey Federation (PHF), Asif Bajwa, following the debacle in New Delhi where Pakistan finished last among the dozen participants.

It’s heartening to see the likes of Olympians Islahuddin Siddiqui, Samiullah Khan, Shahnaz Shaikh and Shahbaz Ahmed, all of them enjoying the status of a hockey legend, talking collectively for the cause of the national game.

Quite a few other Olympians and internationals are also on board expressing their disgust and displeasure out in the open. They have blasted Asif Bajwa for ruining the game with wrongdoings of every kind.

It’s going to be quite an occasion at the Karachi Press Club on March 18 where these luminaries have been invited by the Sports Committee in their prestigious Meet the Press programme. Special arrangements have been made as bigger media participation than usual is anticipated in view of the issue they will be talking on.

Well the Pakistan hockey has had its share of ups and downs over the years. Pakistan had made immediate impact in the international arena after independence. They had made it to the semifinals in their maiden appearance in Olympic Games at London in 1948. They also did it in the 1952 Olympic Games at Helsinki.

Things changed for the better in the 1956 Olympic Games at Melbourne when Pakistan made it to the final for the first time. After winning the gold medal in the 1958 Asian Games, Pakistan conquered the hockey world by winning the Olympic crown at Rome in 1960.

The golden era continued in the 1970s with medals in every outing. The start to the 1980s was equally heartening and the gold medals in the 1982 Asian Games, the 1982 World Cup and the 1984 Olympics. 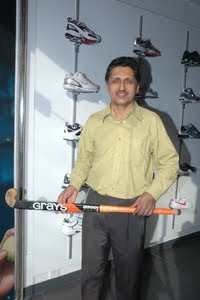 Then there was a sudden dip and Pakistan stunned everyone by dropping to 11th position in the 1986 World Cup. They fared comparatively better in the 1988 Olympic Games but it was for the first time that they had not reached the semifinals in 40 years.

Pakistan won the World Cup in 1994 against the heaviest of odds and not surprisingly it has remained their last major success at the international level. There has been very little to cheer about for the last 16 years.

Now the Pakistan hockey has suffered the biggest blow at New Delhi, having finished at the bottom after losing games against teams like South Africa and Canada who themselves had a forgettable tournament otherwise. readmore »»