Posted by Editor at 3:14 PM .
0 comments
Labels: Asia Cup Cricket 2010, Yuvraj Singh
By Syed Khalid Mahmood
The manner in which Yuvraj Singh was moving around in the ICC Twenty20 in the West Indies last month there should not be any debate about his exclusion from the Indian squad for the upcoming Asia Cup. 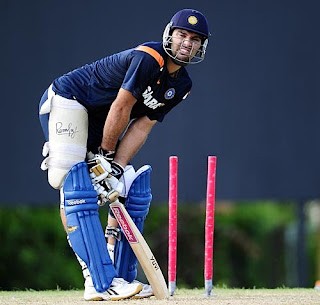 He didn’t appear fit mentally or physically during the course of the tournament and he was a mere shadow of his own former self. Gone was the spark in his fielding and also missing was his usual aggression with the bat. The man who used to be an asset for the side with his all-round versatility had become a liability.
Yuvraj, a master blaster in his own right, has been short of runs from his own high standards for the past many months. He has been laid low by fitness problems and the form has also deserted him in the limited appearances that he has been able to make in this the most turbulent phase of his career yet.
Known and feared for taking the attack to the opposition he used to be an automatic choice in the star-studded Indian batting line-up in the limited overs matches for the past one decade.
The Indian selection panel, led by the enterprising former opener Krishnamachari Srikkanth, appears to have made the right decision of having ignored him for the Asia Cup because Yuvraj didn’t deserve to make the cut in his present form and there was no point in picking him on mere reputation.
I think the Indian selectors have learnt their lessons quickly. They have realized sooner than later that drafting the left-hander in the ICC Twenty20 side was a blunder and that he should be sidelined at the moment.
Almost every batsman has had to endure a lean patch in a long career. Yuvraj now has to work hard to regain form and fitness to stage a comeback because the young guns like Suresh Raina, Virat Kohli and Rohit Sharma are standing right there to grab his place.
The 28-year-old Yuvraj does have the skill and time at his disposal to bounce back but the road to recovery may not be as easy as it looks like. He will be needed to prove his fitness and get runs at the domestic level before resuming international career. 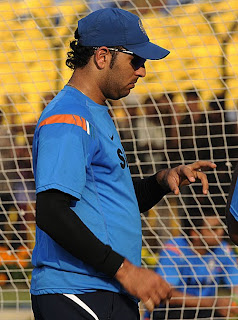 He had an ordinary IPL earlier this year and he was even removed from captaincy of the Kings XI Punjab whom he had led pretty well in the earlier two editions of the tournament. There were just a few flashes of brilliance and his side sorely missed his aggression in the middle.
He’s reported to be having a dodgy shoulder and knee for quite sometime. In fact his knee has needed surgery which he has been putting off since 2006.
It goes to his credit that he has still played quite a few match-winning knocks for India despite being handicapped by injuries but they look like taking its toll with so much of cricket around. Consistency is what he lacked, however, and he has finally been given a wake-up call.
readmore »»