Mohammad Shahid, a qualifier from Punjab, stunned everyone by whipping top seeded Imran Shahzad in the final of the NJI 36th National Snooker Championship 2011 at the Banquet Hall of Karachi Gymkhana on February 10 to be crowned as Pakistan’s new national snooker champion.

The prize distribution ceremony, which was also being telecast live, started at the scheduled time of 6 pm as the best of 15-frame final lasted less than five hours. The match could have easily gone for another three hours if it went to the full distance of 15 frames.

Tahir Ahmed, Managing Director, New Jubilee Insurance, who was the chief guest of the evening, presented a cheque of Rs 60,000 to Shahid alongwith the glittering trophy while Imran had to be content with a purse of Rs 35,000.

Shahid, the man of the moment, also shared the prize for the highest break as he recorded one of 97 in the final which equaled the feat of second seed Sohail Shahzad earlier in the competition.

In his brief speech on the occasion Tahir Ahmed expressed his delight at the emergence of brilliant youngsters from every nook and corner of the country, hoping that the launch of Under-14 and Under-17 events would be even more beneficial in discovering the raw relent.

Alamgir Anwar Shaikh, President, Pakistan Billiards & Snooker Association (PBSA), delivered the welcome address in the closing ceremony in which he acknowledged the support of all the stake-holders, making a special of the extensive media coverage.

The simple but graceful ceremony, which didn’t go beyond half an hour, was also attended by Ali Rahim, President, Karachi Gymkhana and other club officials including Amin Noor, Jahangir Moghul, Fawad Malik and Mian Azmat Hussain. 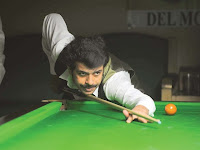 The 28-year-old Shahid, making his first-ever appearance in the final of any national ranking event, shattered Imran’s dream of winning the national crown. It was for the third time when the 35-year-old had crashed in the final of the National Championship.

Imran had got off to business-like start by claiming the opening frame but Shahid made his intentions very clear with a massive break of 97 in the very next frame. He went into the lead by claiming the third frame and didn’t look back. 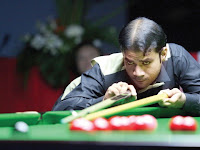 The confidence with which Shahid played in his maiden appearance in the final was awesome as he was not afraid to go for the toughest of shots. Imran also stayed positive throughout but he was just not good enough on the day.

Shahid was thrilled with his maiden title win, conceding that he did feel the pressure of the live coverage in the semifinals when he had let his opponent, Sultan Mohammad take away three frames on a trot after having won the first four.

“Yes I was playing in front of the camera for the first time which did affect me and I was a bit uncomfortable when Sultan dragged me into playing slowly. It was a different ball game in the final because Imran, like me, was playing aggressively,” he added.
readmore »»