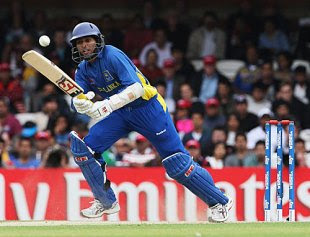 With Pakistan as their opponent in the final, the Sri Lankans must be aware of the fact that they can’t take any for granted although they remain the only unbeaten side in the competition now besides having downed them in their Super Eight clash.
Sri Lanka’s win over the West Indies in the semifinals has ensured one thing in particular. The final between Pakistan and Sri Lanka at Lord’s on June 21 is unlikely to be a one-sided affair now. It could have been a no-contest that the West Indians entered the final instead because the islanders from the Caribbean have a consistent record of failing against Pakistan for the last many years.
The Sri Lankans have proved themselves the strongest team to have entered the tournament but it remains to be seen if they would be able to overcome who always remain a threat even though they have lost a couple games on their way to entering the final.
Younis Khan, soon after the upset semifinal win over South Africa, had stated that it won’t matter to him or his team which ever team took on Pakistan in the final. It reflected arrogance more than anything else.
Pakistan are the most difficult team to beat for every opponent because they have the knack of bringing about miracles. The Sri Lankans are playing wonderful cricket of late, having dominated all their rivals but would they be able to tame Pakistan in the final is a million dollar question.
The Sri Lankans, as expected, proved too good for the West Indies even though some of their top-order batsmen failed to fire on a pitch where it was not easy to blast every delivery. Tillakaratne Dilshan played the innings of his lifetime to guide his team to total they were also capable of defending successfully with the strong bowling line-up at their disposal.
Dilshan batted brilliantly and his unbeaten knock of 96 allowed Sri Lanka to reach of 159 in the allotted 20 overs. It was far too many under the circumstances and they had become the clear favourites when the West Indians began their reply. 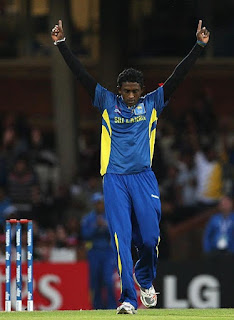 Chris Gayle was the man the West Indians looked forward to for doing the impossible. But the task looked beyond him also to be honest from the outset. The Sri Lankan attack was always going to prove lethal and there was only one way the match could have gone.
Gayle carried his bat but he was unable to change the course of the proceedings. All the five bowlers were bang on target and there was not much he could do with wickets falling at regular intervals after the nightmarish start to their innings.
Medium-pacer Angelo Matthews jolted the West Indians with a triple strike in the very first over and then came the mysterious spinning duo of Ajantha Mendis and Mutiah Muralitharan who bamboozled the middle-order with another exhibition of magnificent bowling.