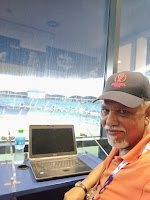 This is the story of Pakistan cricket. Starting from nowhere (zero) and going to become the hot-favourites (super hero). This is story of the ICC T20 World Cup 2021 as far as Pakistan and their latest six-hitting sensation Asif Ali are concerned.
Not long ago, there was hue and cry from all quarters when Asif was selected in the Pakistan squad for T20 World Cup. The criticism appeared justified because the highly talented middle-order batsman had failed to live up to expectations the in Pakistan Super League (PSL) as well as in the Caribbean Premier League (CPL).
Despite all the pressure to drop him, the chief selector, Muhammad Wasim, other members of the selection committee and skipper Babar Azam kept faith in him. Now finally Asif has delivered at the biggest stage to silence his critics. 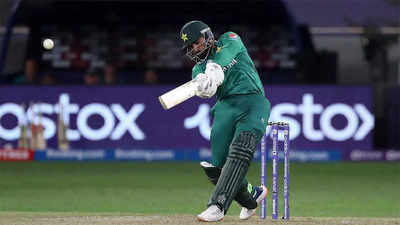 With Pakistan thrashing India by a record margin of 10 wickets in the opening game, the morale of the whole team was boosted and every member of the team felt motivated. The confidence level of the whole team got sky-rocketed and Pakistan, all of a sudden, became the team to watch out for.
The expectations were on the higher side when Pakistan took the field against New Zealand, after having bulldozed India. But as we have watched on numerous occasions in the past, the Blackcaps, led by Kane Williamson, refused to give up even while defending a low total and the match looked in their grasp when they picked up a few quick wickets. 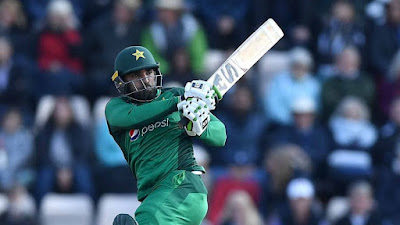 Just as the Pakistani supporters were beginning to get tense and worried, Asif entered the arena and changed the complexion of the game with his flurry of sixes.
In the company of the vastly experienced Shoaib Malik, he steered Pakistan to a dazzling win which boosted their hopes to qualify for the semifinals round. It literally changed the mood of the nation because India and Blackcaps were favorites to progress into the knock out round.
The story was repeated in the following game which was played in a rather charged atmosphere against Afghanistan. It was Asif again who took Pakistan home when chips were down at the Dubai International Cricket Stadium 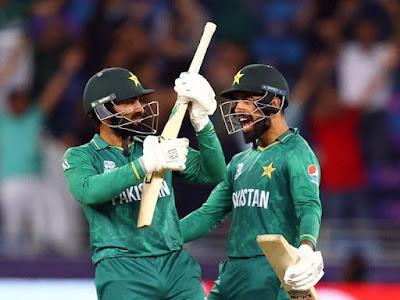 The Afghanistan section of the crowd was preparing to celebrate victory as Pakistan lost Fakhar Zaman, Muhammad Hafeez and captain Babar Azam in quick succession. But at the othe end, Asif was thinking differently. Pakistan needed 24 off 12 balls.
It was a tall order for Pakistan as Bangladesh had lost narrowly to the West Indies in similar situation just a few hours ago. Then what people watched at the ground was unbelievable and amazing.
Asif banged Afghanistan’s medium pacer Karim Janat for four towering sixes to make hell for him and the Pakistan supporters were jubilant and ecstatic with celebrations having erupted across the globe.
Now Pakistan feature among the favourites for the crown. But you cannot depend on only Asif because this is team and each and every player has to contribute vigorously to ensure they repeat 2009 history to add a new feather in their cap.
On a personal note, Asif may be looking forward to replicate his own efforts of winning the trophy in the same manner as he had enabled Islamabad United to win the PSL in 2018 with his towering sixes in the final.
readmore »»