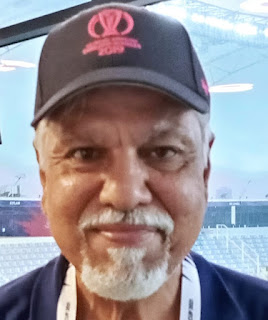 Australia, at last, clinched maiden ICC T20 World Cup crown when they thrashed New Zealand by eight wickets in what eventually turned out be a one-sided final at the Dubai Cricket Stadium on November 14.
The mighty Aussies lived upto their reputation of coming good in crunch matches. They also maintained the tradition of chasing and winning at this ground.
All-rounder Mitchell Marsh was instrumental in his team's triumph in the final as he toyed with the Blackcaps bowling attack with superb hitting.
The Man of the Tournament award was presented to the prolific Australian opener, David Warner, for his crucial runs in trying circumstances. The explosive left-hander succeeded in turning it around after a lean patch in the IPL on the eve of the T20 World Cup.
Marsh cracked an unbeaten 77 off 50 balls laced with half a dozen boundaries and four sixes in the final to drive Australia to a famous victory. Fellow all-rounder Glenn Maxwell finished unbeaten on 28 off 18 balls with the help of four fours and a six. They added 66 runs stand for third wicket without being separated as Australia chased down the target of 173 with seven balls to spare. 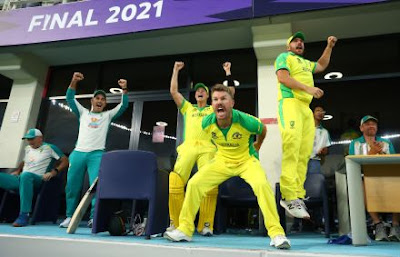 Coming in at number three, Marsh trumped Kane Williamson's spectacular knock of 85 off 48 balls with ten fours and three sixes. Sent to bat first, the Blackcaps recovered from a sluggish start to post a competitive total of 172 for four in their 20 overs.
They were struggling against the pace and swing of Josh Hazelwood and they could muster just 32 runs in six overs of power play. Williamson was well supported by opener Martin Guptill who scored 28 off 35 deliveries with three boundaries.
Hazelwood snapped up three wickets for 16 runs in an amazing spell of bowling but the star left-arm spearhead Mitchell Starc conceded as many as 60 runs in his four overs. 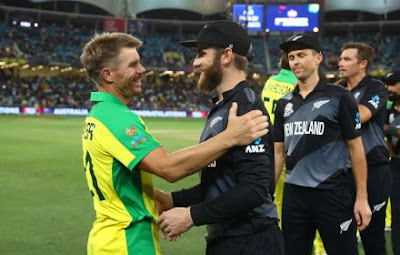 The Australian captain, Aaron Finch, received the trophy and cash purse of US$1.6 million while his counterpart, Williamson, collected a sum of US$0.8 million for being the runners-up.
The Australian head coach, Justin Langer, who himself was a part and parcel of the all-conquering outfit of his country in the past, did not mince words in declaring that winning T20 World Cup was among great moments in their cricket history.
"My boys enjoyed the game and have fun which was the key in winning the title,” Langer, who played 105 Tests and eight ODIs for Australia, remarked after Finch had brought home the trophy.
readmore »»