Dismal India squander yet another opportunity 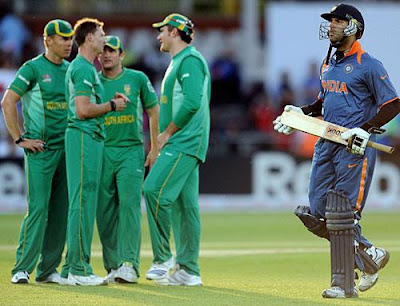 It’s very difficult to describe or assess India’s dismal performance in the ICC World Twenty20 2009. The tournament will conclude with the final on June 21 but it’s all over for the defending champions who couldn’t even find their way into the semifinals.

It’s beyond my comprehension how the free-flowing Indian batsmen got so much entangled against the South African spinners while chasing a low score of 130. It should have been a cakewalk win for the Indians, particularly after the brilliant start provided by the opening pair of Gautam Gambhir and Rohit Sharma.

There was a golden opportunity for the Indians to have finished the tournament on a winning note even after being out of the race for the semis. It would have been just a consolation but it might have comforted the millions of their depressed and disappointed followers back home.

Cricket is indeed a funny game and it can’t get funnier when the Indians are in the self-destructing mode. Can it be a mere coincidence that they only win the title when they are the no-hopers?

"Everyone was new to Twenty20 cricket internationally in 2007 and India just had a young and very explosive team while everyone was finding their feet," Gary Kirsten, the India coach, said after the debacle in England.

"I think what's happened now is that other teams have got clever, they've worked out what they need to do, and we've been matched in all departments. There are definite holes in our Twenty20 set up which we are exploring," the former South African opening batsman was quoted as saying.

"We were not 100%, our performance was not up to the international standard. Your key players have to be in form for a tournament like this. That never really happened for us," skipper Mahendra Singh Dhoni believed. 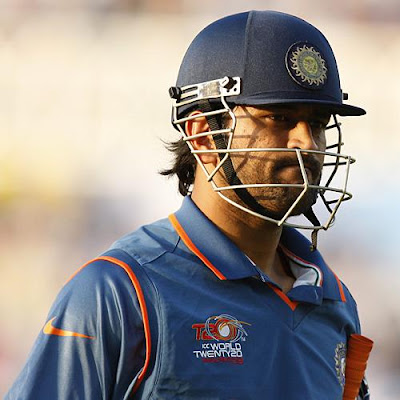 "I am not consistently clearing the park that is for sure. I am here to admit that and I am working hard on it. I feel cricket is not only about hitting sixes because there are quite a few players in our team who have to play different roles in Twenty20 or the one-day format,” he admitted.

"Gautam Gambhir is doing the job at the top of the order, and I am supposed to do it in the late middle-order. That was the plan but it never worked throughout the tournament. I would like to get back to hitting sixes but I don't think my cricket stops at hitting sixes," Dhoni said.

Obviously just as no captain can set a field for poor bowling no management can plan a strategy if the executioners are shaky in approaching things. No tutor would be able to teach these highly-rated Indian batsmen if they are unwilling to meet the challenge themselves.

They were found wanting in tackling the short-pitched bowling of Fidel Edwards and Jerome Taylor in their first Super Eight fixture against the West Indies. They failed to cope with the swing bowling of Stuart Broad and Luke Wright against England and it was the spin duo of Johan Botha and Roelof van der Merwe who did the trick for South Africa.