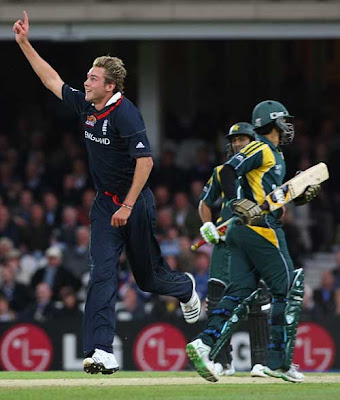 Pakistan’s batsmen were found wanting once more in the conditions that were not ideal for batting. The extra bounce of the Kennigton Oval pitch undid the stroke-makers who are more comfortable in doing the business on the placid sub-continental pitches where they take things for granted.

No matter how batting friendly the pitches may be in England the ball is always going to do something in the air and the bounce can vary. The Pakistan batsmen have often struggled whenever the ball has moved and what happened on June 7 was reflective of their mindset.

It was a must-win game for hosts England, after having been shocked by the Netherlands in the opening game. They rose to the occasion magnificently and as skipper Paul Collingwood noted in his post-match comments it was one of those days when all the eleven contributed their bit to record an emphatic victory.

England made amends to their disastrous start to the competition and their 48-run win over Pakistan took them to the next round without worrying for the outcome of the last league game.

England looked the better side and more significantly they were able to translate their supremacy into a resounding win. Pakistan appeared jaded and their batters were at sea while forcing the pace against a spirited bowling attack that possessed the variety as well as the punch.

Stuart Broad and James Anderson swung the ball appreciably and hitting them out of the park was always going to be laden with danger. The spin duo of Adil Rashid and Graeme Swann also bowled exceptionally well to create more pressure on the batsmen.

Collingwood proved himself an impressive leader. His proactive captaincy kept the batsmen guessing and there was not a single moment during the course of the game when the England captain passed the impression of losing the focus.

England, put into bat by Younis Khan, didn’t get off to a flying start as Shoaib Malik brought off a spectacular catch to dismiss Ravi Bopara in only the second over of the innings.

The runs were hard to come in the initial overs and it needed the brilliance of Kevin Pietersen to wrest the initiative. Luke Wright also chipped in with a cameo but it was the knock from Pietersen that laid the foundation for a huge score. 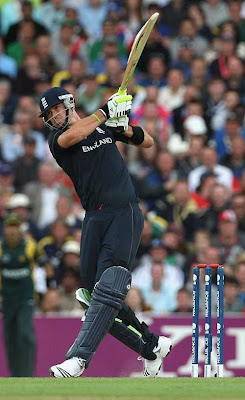 England denied themselves the chance of posting an imposing total with their inability to go after the spinners. Saeed Ajmal and Shahid Afridi were allowed to return the kind of figures they might not succeed in achieving while playing domestic T20 tournaments in Pakistan.

England finished at least 15 to 20 runs short of what had looked likely after the impetus provided by Pietersen. They had to settle with a score of 185 for five in 20 overs.

The England bowlers came on striking at regular intervals to prevent any onslaught from Pakistan at any stage of their innings. The asking rate kept on mounting with every dot ball and the pressure of finding boundaries nearly every ball was too hot to handle. 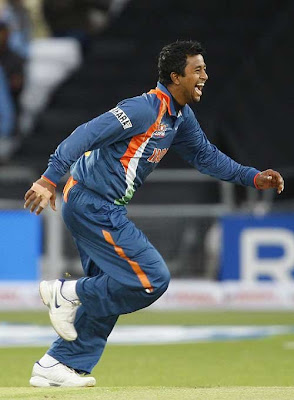 Bangladesh may be a soft opposition for other teams but they have always been a formidable opponent for India, who have had the knack of failing against the weakest of outfits.

Bangladesh had spoiled India’s party in the 2007 World Cup in the Caribbean and Rahul Dravid’s team, rated as one of the favourites to lift the trophy, was back home even before the second round.

Mahendra Singh Dhoni’s lads are the firm favourites to annex the ICC World Twenty20 title for the second time running and there are very few people who’ll dispute India being the strongest team to have taken the field in the competition.

By virtue of being the defending champions, the Indians have been placed alongside Bangladesh and Ireland in a Group that’s not the toughest. Two of these three teams will advance to the second round and in probability India had to one team with a fierce tie expected between Bangladesh and Ireland for the other slot.

But you can never be sure about the Indian team, who are yet to win a major international event after having entered as the favourites. It can’t be mere coincidence that their most memorable performance has come when they began as underdogs.

Kapil Dev’s team that lifted the World Cup in 1983 was hardly billed to proceed to the semifinals. They won the World Championship in Australia in 1985, under Sunil Gavaskar, after a poor season at home. Similarly India hardly had any chance of laying hands at the trophy when Dhoni’s outfit went to South Africa for the inaugural ICC World Twenty20 in 2007.

India are head and shoulders above any other participating team in this particular event. Yet one can’t really be sure how far will they go, given their unpredictable and inconsistent record in the past.

Bangladesh was the first hurdle again and there were quite a few moments in the game when it appeared that history would repeat itself at Trent Bridge and India would be biting the dust yet again.

Yuvraj Singh and Pragyan Ojha, with their sterling performances, avoided the mishap for India and Bangladesh, who threatened to create yet another upset, was silenced to submission in the end.

It’s looked quite strange the manner in which India went about their business. Gautam Gambhir and Rohit Sharma provided them a solid start but the middle overs were consumed in consolidation rather than making effort to take charge. 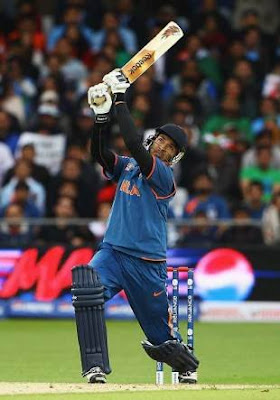 India, being the superior side, should have dictated terms rather than waiting for the final overs to put their feet on the accelerator. The tactics could easily have backfired and it was the sheer belligerence of Yuvraj saving their face. His fantastic stroke-play at the fag end allowed India to collect 59 runs from their last four overs. It was his 18-ball 41 that helped India post a fighting total.

Bangladesh were very much in the hunt and it was a brilliant spell of left-arm spin bowling from Ojha that derailed them. The Twenty20 international debutant dismissed the dangerous duo of Junaid Siddique and Shakib Al Hasan in his first over to bring relief for his captain. He took two more wickets to earn the Man of the Match award. 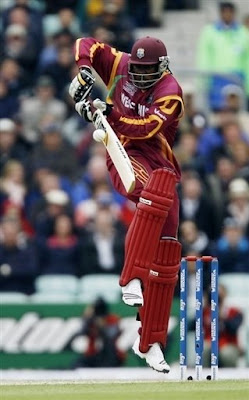 The West Indies have had the habit of throwing it away after promising starts and even the brilliance of Chris Gayle at times has got undone by the follies of his teammates. But the story was little different at the Kennington Oval on June 6 when they bulldozed Australia by seven wickets with as many as 25 balls remaining to kick start their campaign in the ICC World Twenty20 2009.

Gayle produced yet another sensational knock and more importantly he left at a stage when the job was as good as done. There were just a few runs to get with far too many balls at their disposal when he holed out probably in pursuit of a personal landmark.

He was batting on 88 and the West Indies were 13 runs away from victory. The only way he could have reached his hundred was to deal in boundaries. Brett Lee was the bowler, having had a nightmarish day. Gayle’s eyes lit up when Lee pitched another one up but the stroke got more elevation than distance and the catch was taken in the deep.

Gayle left the field to a standing ovation by the crowd who had been treated to some of most brutal strokes. Mind you he was toying with the Australian bowlers who were experienced and knew their job. The West Indian captain deserved full credit for having come up with something exceptional to guide his team to a most emphatic victory.

Obviously Gayle was the man who did the job but it would be unfair to ignore the contribution of his young opening partner, Andre Fletcher, who lent him perfect support in the big chase.

It was Fletcher, not Gayle, who began the onslaught in pursuit of a target of 170. They had a plan to make the most of the first six overs and Fletcher was assigned the task of starting the carnage. He showed great confidence in his abilities and was not overawed by the big reputation of the bowlers he was facing. 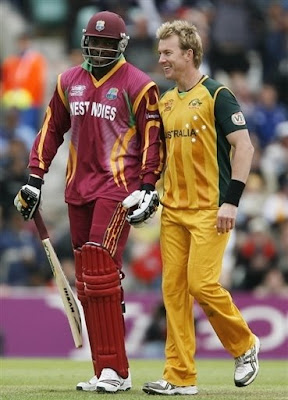 Fletcher’s unorthodox strokes provided the West Indies an exhilarating start and for a moment Gayle looked content to play second fiddle. This allowed the tall left-hander to get the feel of the proceedings and once he got into the top gear there was nothing that went unpunished.

Ricky Ponting tried every option he had up his sleeves but the breakthrough didn’t come until it was too late. The Australians might have regretted not having a specialist spinner in their side as the part-timers were unable to stem the flow of runs.

Earlier in the day, the West Indian fast bowlers had done a wonderful job by rocking the Australian top-order. Jerone Taylor got his team off to a cracking start by scalping the dangerous Shane Watson and Ponting in the very first over of the game with the neither of the two managing to open their account. Michael Clarke also perished early forcing them to look towards consolidation rather than force opponents to submission.