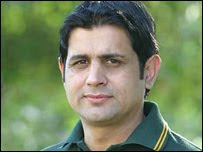 Pakistan’s not entirely unexpected downslide in the ongoing 11th World Cup Hockey Tournament 2010 in New Delhi has prompted the concerned quarters to demand the immediate sacking of the key officials of the national body.

Asif Bajwa, who was running the show with the blessings of Qasim Zia, has been declared the ‘chief’ culprit of the debacle and his head is being demanded to be put on the chopping block right away.

Asif Bajwa has not only been ‘ruling’ the Pakistan Hockey Federation (PHF) as its Secretary but he has also remained a part and parcel of the team management on literally every tour undertaken by the national team. He has been the virtual manager-cum-coach of the squad in nearly every outing including the World Cup in which Pakistan finished last in the group.

It’s an open secret that Qasim Zia, a former Olympian-turned-politician, has preferred to remain the ceremonial head of the PHF. Being an influential leader of the ruling party, he has been successful in bringing huge sums of money for the game.

Qasim Zia should be credited for having brought in the much needed sponsorship for the national game but now he should also shoulder the blame for having allowed Asif Bajwa to run the affairs of the PHF according to his own whims.

Greater pressure is being exerted on Asif Bajwa to resign whereas Qasim Zia is not found in the firing line yet. But there are clear enough indications that the PHF President will be needed to get rid of his controversial Secretary in order to save his own skin from accountability.

Asif Bajwa has not given up yet despite being at the centre of the criticism for having taken the Pakistan hockey to its lowest ebb. He is still believed to be proactive in his game of manipulation to avoid getting the stick and extend his tenure by hook or by crook.

It will, however, come as little surprise if Asif Bajwa is asked to resign. Obviously he will be the last person to do it voluntarily.

Meanwhile Pakistan are now preparing to take on Canada in the eleventh position match. If my memory serves me right the Canadians had overpowered Pakistan in their classification match during the 1986 World Cup in London. 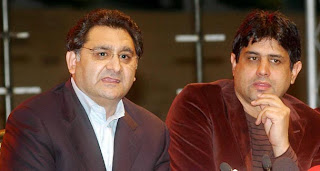 Pakistan, unfortunately, have fared even worse in the 2010 World Cup in New Delhi because they suffered defeats in four of their five league match with the upset win over Spain being their only consolation in the high profile event.

Under the circumstances one cannot predict the outcome of the Pakistan-Canada match scheduled to be held on March 11. The Canadians have lost all their league fixtures but mind you their best performance in the tournament came in their last game that was against Argentina.

If Canada reproduce the kind of hockey they did against their South American rivals Pakistan, having claimed the trophy a record four times, could well finish at the rock bottom for the first time in the 39-year old history of the competition. readmore »»