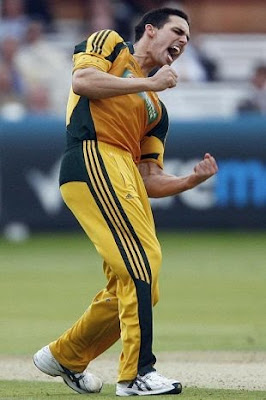 What a pity that Australia have been allowed to run into a 2-0 lead in the seven-match series of One-day Internationals by England, who appear the more balanced as well as versatile side in comparison to their traditional rivals.

The present Australian outfit is a mere shadow of the great one-day sides they used to field until the recent past. There are more bits and pieces cricketers in their eleven now than the specialists.

England have themselves to blame for having squandered the opportunity in both the games. They had the Australians on the mat for quite sometime but their own batting fared pathetically and the advantage was surrendered.

In both the matches the Aussies barely managed par score, batting first. With the hosts having packed their side with one-day all-rounders, they were the ones who appeared the favourites to seal the fate of the match at the start of their chase on both the occasions. Surprisingly, however, they lost their way in both the games and even the depth in their batting could not cover for the follies of their top batters.

The Australians also had their share of problems in the batting department but they somehow made up by the late flourish in both the encounters. Callum Ferguson was chiefly responsible for keeping them afloat after the unconvincing performance of their established batsmen.

Australia faced the danger of being bowled out for a low total, even after Ferguson’s half-century in the second match at Lord’s. They had barely crossed 200 when their eighth wicket fell and England had all cards in their pocket with James Anderson and Ryan Sidebottom bowling splendidly in the death overs.

It was Mitchell Johnson, of all people, who rescued Australia with a flurry of big hits that yielded runs at brisk pace and all of a sudden England had to chase down a target of 250 instead of 210 or 215.

Left-handed Johnson's late assault actually revived Australia. He swung his bat at everything to score an unbeaten 43 off 23 balls. He was helped by some ordinary fielding as well, adding 41 off the last four overs and a bit with Nathan Hauritz. England’s wicketkeeper Matt Prior was guilty of letting go two boundaries that should have been stopped.

England, however, regained control with a solid opening partnership between skipper Andrew Strauss and the enigmatic Ravi Bopara. The Australians, at that stage, were running out of options as a cakewalk victory for the hosts looked more likely than anything else. 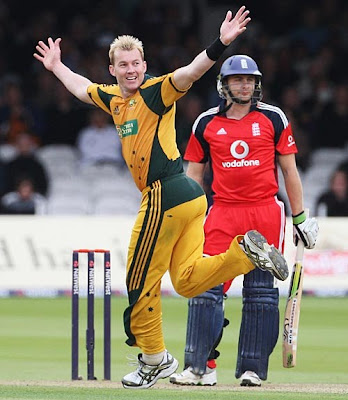 But England collapsed in the unlikeliest of circumstances. They were on top of the game when the self-destruction began. Michael Clarke must have heaved a sigh of relief watching the England batsman commit the kind of mistakes that would have embarrassed even the schoolboys.

Paul Collingwood fought a lone battle in the end but he was let down by his partners at the other end. The asking rate was very much manageable and the powerplay overs were at their disposal. But England didn’t have wickets to cash in and they eventually lost the match by 39 runs.