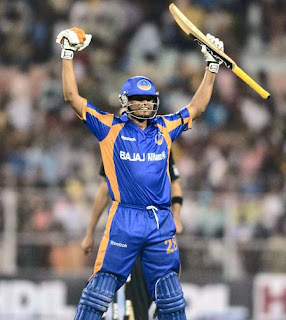 The third edition of the Indian Premier League (IPL) came alight with a magnificent 37-ball century from Yusuf Pathan of Rajasthan Royals against the star-studded Mumbai Indians, featuring two of the most lethal fast bowlers of the world, at the Brabourne Stadium, Mumbai, on March 13.

It went to the credit of Mumbai Indians, captained by Sachin Tendulkar, to have still managed to win the game despite the crack Yusuf had at their bowlers.

Yusuf’s superb knock was acknowledged by his skipper Shane Warne who described it as the best innings he's seen in his 21-year career.

"I have played cricket for 21 years and I have seen Sachin Tendulkar as the best batsman against whom I have played as he has murdered attacks and hit them all over the park. But today was the best innings I have ever seen," Warne, the greatest spin bowler of all-time, observed.

"From a situation of 37 for 3 in seven overs and chasing 213 and come so close thanks to a 37 ball-100. It's a special innings. We believe we can win from anywhere. We just have to sort out our batting in the first six overs. In the last two IPLs we have won more games than anyone and we have won more close finishes," the legendary Warne remarked.

Another genius, Tendulkar, who himself recently rewrote history by scoring the first-ever double century in One-day Internationals, also hailed Yusuf's knock as very special and said he was aware of his ability to spark such a turnaround.

"It was a special innings from him, but even the effort from Sathish to get him run out was special. Before he came in and played that knock, I thought we would win this match with ease, but that's the beauty of this great game. You can never take anything for granted. I knew Yusuf was in great form and if he connects the ball well, the target was achievable," the master complimented.

Yusuf was still disappointed for not having secured a win for his side but he was gladdened by the comeback staged from a precarious position. 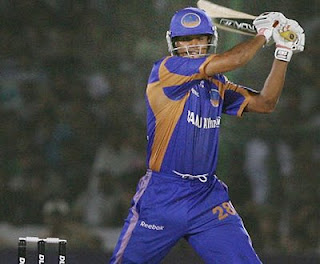 "I made an error because of which we lost, else we would have won. We're sad right now but we are also very happy that we played good cricket apart from the extras we conceded. When such flat wickets get made, records get broken and runs get scored. We will learn a lot from this loss and there is not a lot to worry as this is a long tourney," he said.

Yusuf, with his lusty hitting, was chiefly responsible for bringing his team back into the game after they had looked dead and buried while chasing a formidable total of 213 in 20 overs. When they needed something around 150 from the final 10 overs the odds heavily favoured the fielding side.

By having blasted nine fours and eight sixes he turned the tide and his team held the upper hand when the target was down to 19 off 12 balls. But his run out in the closing stages proved decisive and Mumbai won the dramatic encounter by four runs. readmore »»