Indian batsmen troubled by short balls even in Sri Lanka


The vulnerability against short balls of the young Indian batsmen, who have scored heavily on their home turfs where the bounce generally is on the lower side, has been brought to light once more during the just concluded ODI series in Sri Lanka. 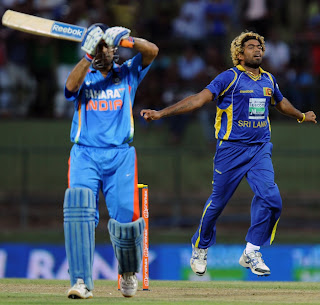 Although India emerged triumphant 4-1 in the five-match series and regained their second position in the ICC rankings, the cause of concern to them must have been the continuous failure of their young guns while tackling the short-pitched stuff.

Speedster Lasith Malinga’s spell in the batting powerplay overs during the fifth and final ODI at a time when the Indians were pushing along very nicely exposed their shortcomings rather brutally once more.

Manoj Tiwary, having done all the hard work of rotating the strike for the last 20 overs or so, was looking set for his second ODI hundred when he took eyes off the ball when it was dug in short by Malinga. It looked like schoolboy stuff. It wasn’t a cracking or unplayable delivery that rose awkwardly. 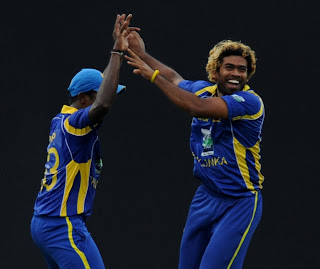 It was just am ordinary well directed bouncer which he could have easy hooked or pulled. Tiwary passed the impression that he was just not prepared for such a ball which looked ridiculous.

In the end he played a nothing shot and the resulting edge was plucked at short third man. Even worse was to follow on the very next ball, if you were an Indian supporter.

Suresh Raina, with three match-winning half-centuries in the series under his belt, could not have arrived at the crease at a more appropriate time with the field restrictions of powerplay overs encouraging him to go over the top from the outset.

Knowing the left-hander Raina’s weaknesses against short and rising deliveries, the caretaker Sri Lankan captain, Angelo Matthews, brought in a fielder to the first slip position. Malinga fired in a half-tracker and Raina obliged by guiding it straight into the hands of the slip fieldsman. Raina’s movement suggested that he was indeed expecting a short ball first-up but he was found wanting in tackling it once more. 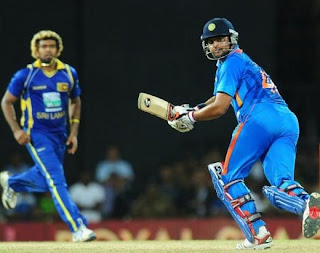 Two wickets in as many balls, Malinga, having leaked far too many runs in the previous games against India when keeping his length full most of the time, had his tails up when he steamed in for the hat-trick delivery which was to be faced by the Indian captain, Mahendra Singh Dhoni.

It was yet another rising delivery which Dhoni negotiated very well by coming into line instead of moving sideways.

Malinga tested him again with a bouncer and this time he had even Dhoni clueless about the ball which raced to the boundary off his helmet for four leg-byes. One Malinga over said it all. The pitch had some bounce and he possessed the pace and skills to test the batsmen.

If the likes of Tiwary and Raina are blown like this then the future of the Indian batting looks in doubt. Raina has proved himself an outstanding batsman for limited-overs cricket but he has not been able to overcome his problems against balls gaining some height.

Every fast bowler or even a medium-pacer is encouraged to pitch the ball short whenever he’s at the crease. On lively pitches he gets himself into trouble more often than not.
readmore »»