Quite a few scenes witnessed at Lord’s on June 21, 2009 resembled to the ones at the Melbourne Cricket ground (MCG) on March 25, 1992. There was only a change of personnel besides the venue of course.

It was Imran Khan whose team had staged a comeback from nowhere to win the World Cup against all odds in 1992 and now it was the side captained by Younis Khan having exceeded all expectations by annexing the Twenty20 crown. 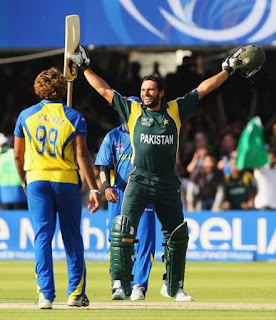 Younis had been talking of Imran from the moment he was handed over the leadership earlier this year. The enterprising right-handed batsman has tried himself to model on the legendary all-rounder who’s also considered the greatest-ever captain produced by the country.

But even Younis, an optimist of the highest order, himself had never spoken of claiming the World Twenty20 title in England in the summer of 2009. His cherished goal remained winning the World Cup in 2011.

This clearly reflected that Pakistan stood no chance whatsoever when they landed in England. Yet they would be returning home with the trophy in their baggage much to the delight of their countrymen who have had very little to celebrate over the years.

The final of ICC World Twenty20 at Lord’s looked like progressing on a predictable course from the moment Kumar Sangakkara elected to bat after winning the toss. It was the only thing the Sri Lankan captain could have expected to ‘win’ on a day when everything was destined to go Pakistan’s way.

It became evident from the very first over that Sri Lanka, the most consistent of all the participating teams, would struggle to find their feet in the final that they would have almost certainly dominated if their opponent was someone else. 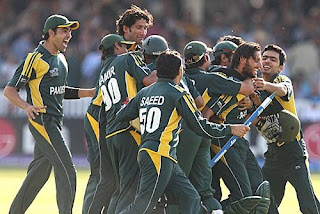 Tillakaratne Dilshan, the tournament's most prolific scorer having played the innings of his lifetime in only the previous outing, must have discovered it’s a different ball game playing Pakistan in such an environment when everyone seemed to have taken for granted that Sri Lanka were bound to fail.

Dilshan was named the Player of the Tournament but even he couldn’t contribute a single run when it mattered the most. His early dismissal opened the floodgates as the Sri Lankan batsmen were unable to master the bowling.

Sri Lanka’s average score in the six Powerplay overs leading to final was 53 for one but they had crashed to 34 for four in the final. The skipper tried his best to repair the damage that saved his team from the embarrassment of getting bowled out for a very low total.

Sangakkara’s fighting knock also ensured that the final would not be over quickly although the manner in which all the Pakistani bowlers were getting their acts together his effort was truly outstanding. 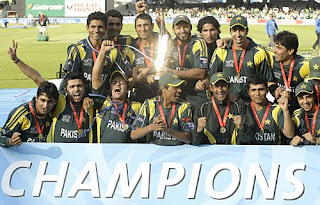 Sri Lanka, with the most potent bowling attack in the business, would have fancied their chances of defending the total of 138 against any team but mind you it was Pakistan who could have even surpassed 238 in the prevailing circumstances.

As it turned out, Sri Lanka’s bowling resources proved inadequate and they could never repeat their performance of the earlier games. The likes of Muttiah Muralitharan, Ajantha Mendis and Lasith Malinga were made to look ordinary as the day belonged to Shahid Afridi and his team.