The Pakistan Veterans Cricket Association (PVCA) has elected new board members and officials during its annual general body meeting held in Karachi and Lahore by video conferencing on November 14. 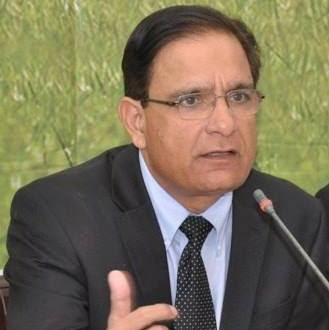 According to a notification issued by the PVCA, there were a total 16 directors, including three Test cricketers, Intikhab Alam, Ejaz Faquih and Kabir Khan, having been nominated by the four provinces and Islamabad.

Meanwhile Fawad Ijaz Khan and Ashiq Hussain Qureshi were unanimously re-elected as the new Chairman and Chief Executive of PVCA respectively for the three year term of 2016-19. Nadeem Sarwar was nominated as the Honorary Secretary and Rizwan Nisar was appointed as the Honorary Treasurer.

The PVCA, which came into being in 1998, has emerged as one of the most proactive sports bodies, having organized numerous events. They have attributed the success to their consistent policies and the democratic set-up which they have had since its inception.

Besides organizing cricket for the veterans, which remains its core objective, the PVCA has also played its role in promoting the game at the grassroots level, having organized eight editions of high-profile Inter-School cricket tournaments in Karachi, the last one of which concluded only a couple of days ago.
readmore »»