The appointment of Ijaz Butt as the Chairman of the Pakistan Cricket Board (PCB) has come as a welcome relief to the supporters of the game in the country. He was being tipped to take over the moment Dr Nasim Ashraf’s resignation had been accepted in the third week of August. 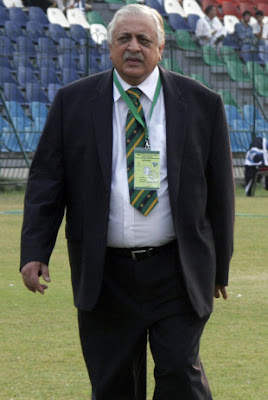 The delay in his appointment fuelled many speculations and it also allowed ‘noteworthy’ people from every nook and corner of the country to self-portrait themselves as the most suitable person for the job.

A lot has changed, however, since Ijaz Butt was associated with the Board as its Honorary Secretary in the 1980s. In the interim period it was only the tenure of General Tauqir Zia in which the Cricket Board was run in a professional manner and monumental contributions were made in the field of infrastructure development.

Unfortunately General Tauqir Zia’s successors, Shaheryar M Khan and Dr Nasim Ashraf, could not sustain the momentum. In fact, for reasons best known to themselves, both of them were guilty of undoing the great work of the General.

Now the ball is in the court of Ijaz Butt. He has remained actively involved with cricket for nearly half a century now. He was a very courageous opening batsman having negotiated the fastest of bowlers the game ever has seen.

Following his retirement from the game, he helped the cause of national cricket by volunteering as an administrator. He has been the manager of the national team, besides having headed the national selection committee.

He was elevated to the post of the Secretary of the Board of Control for Cricket in Pakistan (BCCP) when it was being headed by General Safdar Butt. Both of them had done more than satisfactory job as Pakistan succeeded in hosting the World Cup for the first time in 1987 with great success.

Ijaz Butt had proved himself a visionary administrator and he had formed a team of like-minded fellows who worked with him with missionary zeal. Some of the members of his team were also the core members of the team that helped General Tauqir Zia in accomplishing his cherished goals.

Ijaz Butt faces greater challenges now than ever before. The Pakistan cricket is in turmoil. The mismanagement in the PCB during the past few years has brought disrepute to the country. Now he has to handle the grim situation.

He must be in the process these days to form a team of tried and trusted campaigners who could help him out in clearing the mess in front of him. It’s essential to have a loyal team that could work out the strategy for the damage control.

On paper the cash-rich PCB is giving the impression of working as a corporate body but in practice they have left a lot to be desired. The inconsistent policies have hurt them badly.

Ijaz Butt obviously needs time to implement his plans, after having completed the fact-finding mission. One hopes that he would rise to the occasion and deliver, as is being widely anticipated.

He deserves the support of the cricket fraternity who need to be a little patient as well. Let Mr Ijaz Butt, whose integrity is beyond doubt, bring in his own team and start working on a plan. It will be a matter of time before the results start coming.
readmore »» 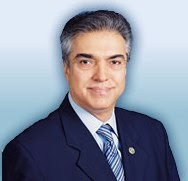 Mr Aziz Memon also agrees with the observation of sprinter Carl Lewis who once said:
“My thoughts before a big race are usually pretty simple. I tell myself: Get out of the blocks, run your race, stay relaxed. If you run your race, you'll win... channel your energy. Focus.”
readmore »»