I have read with interest the observations of the legendary Australian captain, Ian Chappell, who was in Florida to do television commentary on the back-to-back Twenty20 Internationals between New Zealand and Sri Lanka over the weekend.
More than his comments on television that primarily focused on the low-scoring games between the two evenly matched outfits it were the remarks in his write-up published on the eve of the event that caught my imagination. 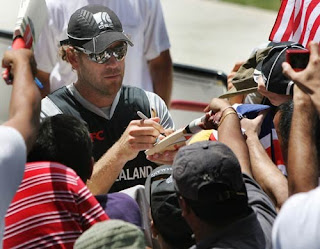 I incline to agree with Chappell, acclaimed as one of the most inspirational leaders of all time, that cricket in USA could flourish in a big way to the extent of becoming a viable business proposition only if the local population was into it.
“If cricket is to become a viable sport in the USA, eventually the officials have to attract some genuine American fans. This is why the experiment this time, unlike those attempted in the past, is critical; the only way cricket is going to attract American fans in reasonable numbers is via the Twenty20 version of the game,” the former Australian captain reckoned.
“Twenty20 is the correct vehicle to promote the game and if they come up with the right formula, combining business and cricket administration in a franchise, they might just find a niche market,” he added.
He has recalled that the past efforts could not pay dividends as they all featured longer matches mentioning that even the presence of Don Bradman could not ignite the passion for cricket when Australia toured USA and Canada in 1932.
“The game failed to capture the imagination of the Yanks. There was a publicity shot involving Bradman and Babe Ruth, then a huge star with the Yankees, and the inevitable comparisons were made between the two kings of their sport but nothing came of it other than a nice memento for Bradman's mantelpiece,” Chappell wrote.
“There were also publicity shots taken at a film studio in Hollywood, but the British actors like Aubrey C Smith and Boris Karloff who figured in it were already cricket fans. I remember seeing photos from the tour of stars like Jeanette McDonald and Jean Harlow,” he observed adding that the photos were on his grandfather Vic Richardson's mantelpiece, who was the captain of the team. 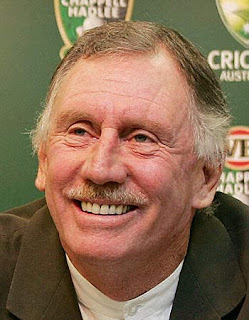 Just as Chappell had anticipated the crowd at Lauderhill, where the twin Twenty20 contests between New Zealand and Sri Lanka took place, remained vocal and cheerful although the low-scoring fixtures were not the ideal advertisements for a game aiming to penetrate into the big market region.
Not surprisingly the turnout of the American cricket fans wasn’t on the high side but there are possibilities of attracting them if international matches continue to be staged there with integrated efforts to boost the game locally.
Cricket has certainly come alive in USA with the historic T20 series between New Zealand and Sri Lanka that was drawn with both sides winning and losing a match each. The low bounce of the pitch wasn’t to the liking of the big hitters in two sides but that’s part and parcel of the game and such surfaces are not uncommon in Test playing nations either.
readmore »»