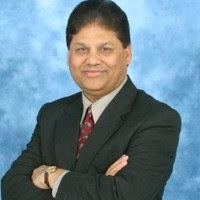 The American Premier League (APL) Cricket Tournament got off to a disappointing start as the spectators abstained from watching the action and the big baseball grounds remained deserted in the first three matches held on its opening day on September 21.
The organizers had been claiming that the APL was going to become the greatest cricket event to be held in the United States but the presence of just a few hundred spectators in the first three games didn’t prove so.
People had shown tremendous enthusiasm in collecting free tickets for the matches but they didn’t turn up to witness the matches. Even the presence of former Pakistan fast bowler Muhammad Asif in one of the participating teams could not lure people to visit the stadium.
The organizers of the APL are attempting to reach the cricket enthusiasts by live streaming of action while a leading media organization, ARY, is also supporting the tournament but it has yet not succeeded in creating the kind of buzz which was being promised.
The organizers of the APL consider theirs as the most successful cricket event in USA but the fact remains that the historic Double Wicket Championship organized by Worldwide Sports in New Jersey a couple of decades ago was a much bigger event which attracted huge media coverage globally as the action was televised live in 52 countries. The megastars of the era like Wasim Akram, Shahid Afridi, Vinod Kambli, Jimmy Adams and Sunil Joshi had taken part in the event.
readmore »» 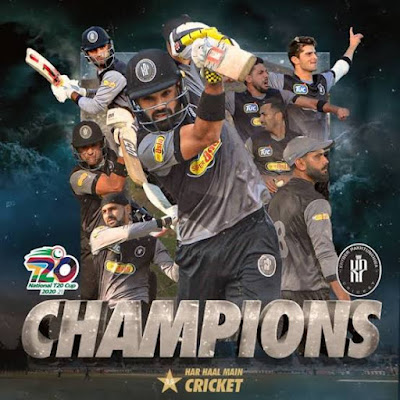 The cream of Pakistan’s talent will be on display in the National T20 Cup which explodes into action at the Pindi Stadium in Rawalpindi on September 23.
This premier event now holds the key in preparing for the ICC T20 World Cup being staged in Oman and United Arab Emirates after New Zealand deserted their tour to Pakistan minutes before first One Day International in Rawalpindi on September 17 and England followed by cancelling to next month’s visit for T20 International on mysterious security reasons.
It will be Babar Azam versus Shaheen Shah Afridi, Muhammad Rizwan versus Shadab Khan, Sharjeel Khan versus Naseem Shah, Fakhar Zaman versus Shahnawaz Dahani and Hasan Ali versus Imam-ul-Haq, the Pakistan Cricket Board (PCB) highlighted in its media release.
The 18 Rawalpindi-leg matches, which were earlier planned for Multan, will now be played at the Pindi Cricket Stadium until October 3 while Gaddafi Stadium will remain the venue of the remaining 15 matches that will commence on October 6. Both semifinals will be played on October 12 with the first match to commence at 1500 and second match to begin at 1930. 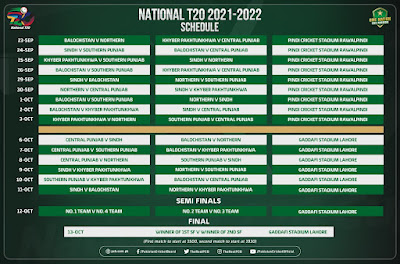 The National T20 is a fiercely-contested and highly entertaining tournament. It not only provides opportunities to cricketers to stake claims in the national side but leading performers get a chance to be included in the HBL PSL player draft and then picked up by the franchises.
The event starting on September 23 has become even more important and critical as members of the Pakistan squad for next month’s ICC T20 World Cup will be in action.
With each player to get at least, 10 matches, they will aim to strike form and fitness that can help them to be in their best shape when they arrive in the United Arab Emirates on October 15. 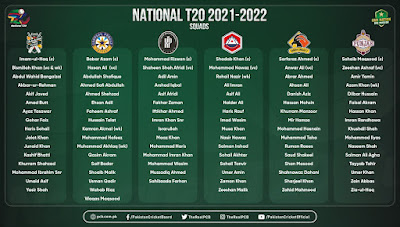 “Following the postponement of the New Zealand series, the National T20 provides an opportunity to our elite cricketers to maintain their focus and composure show the world that they have not been distracted by the events of last week and continue with their preparations for the ICC Men’s T20 World Cup,” the PCB Chairman, Ramiz Raja, remarked.
“The participation of our finest cricketers in the National T20 will also enhance the reputation, value and significance of the tournament, while providing the next generation of cricketers a chance to rub shoulders with the national stars and learn the art of preparing and performing at the highest level. With your enthusiasm, wishes and backing, Pakistan cricket will continue to move forward,” he added. 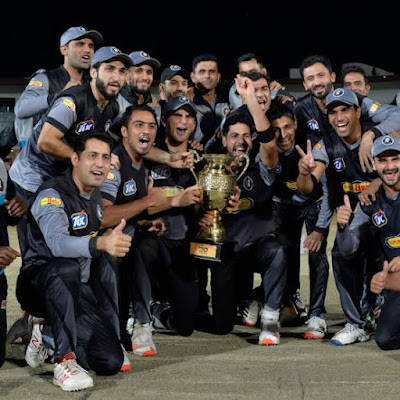