Ifs and Butts ought to destroy Pakistan cricket further

There’s another twist in Pakistan cricket with the appointment of a new captain in the middle of a tour. Barely a few weeks ago Shahid Khan Afridi was handed over the responsibility of leading the team throughout the summer in England in all three formats of the game. 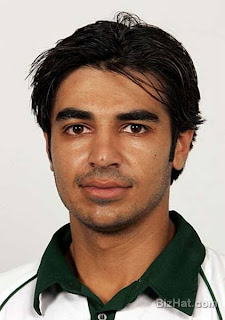 But rather dramatically Shahid, following the 150-run defeat at Lord’s in the first Test against Australia on July 16, announced his decision to retire from the Test arena after the second and final game against Ricky Ponting’s side starting in a few days time at Headingley.

Ijaz Butt, who has been ruling the Pakistan Cricket Board (PCB) for the past couple years by hook or by crook, was believed to have stepped in to deny Shahid the opportunity of playing his final Test at Headingley.

Ijaz, availing yet another foreign tour, is very much in England these days. He is understood to have intervened in the team matters as he always feels it’s his prerogative to do so. He has chosen to pass the baton to Salman Butt with immediate effect and there will be no place for the one-Test skipper in the next game. What a shame!

If Shahid was good enough to be entrusted with the job for the whole of summer featuring six Tests there was no point in making him a persona non grata after just one failure.

Salman did play a couple of fighting knocks at Lord’s. In fact the only Pakistan batsman to come good in the trying conditions when the ball was darting around and the Australian quickies were right on money.

Isn’t it a pity that Salman, just having reached the peak of his career as an opening batsman, is being burdened with captaincy? He would have been much better off playing his natural game without performing the additional and more critical duty of uniting a team that has been shaken once more. It looks like another blunder by the bigger Butt who is just not prepared to look beyond his own self. Many of his decisions have already harmed the Pakistan cricket enormously but it looks like as if all eyes are closed and nobody is prepared to take him on.

Those having dared challenging Ijaz Butt over his alleged wrongdoings have been shown the door such awesome has been his clout in the corridors of power with his brother-in-law Chaudhary Ahmed Mukhtar, an influential Federal Minister, having given him the license to do things as he wishes even if the national interests are compromised.
The heads of the PCB have been in the firing line in the past as well but nobody seems to have caused as much damage to the Pakistan cricket as Ijaz Butt has done in a matter of two years. With no signs of any accountability or anything close to it there’s very little chance of getting things back in order.

The temperamental Ijaz Butt, who’s not prepared to follow merit in any of his decisions, has considered himself above board all along and he has been treating the PCB like one of his briefcase companies where only the top man has the authority to every thing.
readmore »»