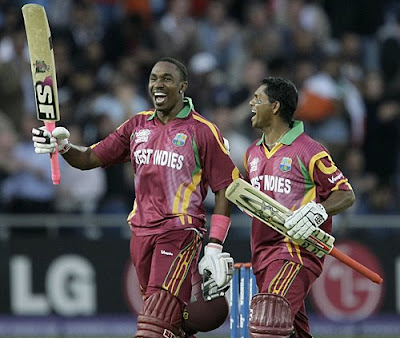 Pakistan and India, the finalists of the inaugural ICC World Twenty20 in 2007, had to bite the dust in their opening Super Eight fixtures at Lord’s on June 12. The weather and the settings were about perfect but both the sub-continental teams jeopardized their chances of making into the semifinals by crashing to defeat after being in dominating position for sometime.

India, the defending champions and the hot favourites, were brought down to earth by the West Indies while Pakistan, the runners-up in South Africa, were laid low by the rampaging Sri Lanka.

India lived up to the reputation of choking in a game when they were expected to win quite handsomely. With every member of the playing being a match-winner in his own right they should have encountered no problems in disposing of the West Indies whose fortunes have depended entirely on skipper Chris Gayle in the recent times. Nobody anticipated Dwayne Bravo to come up with a performance that would have made even Ian Botham and Imran Khan proud.

It was extraordinary to find the Indian batsmen struggling against a bowling attack so low in confidence. Skipper Mahendra Singh Dhoni played out as many as 13 dot balls, a tactic that can be best described as mind-boggling.

He was not batting to save a Test match. Neither was he facing the likes of Andy Roberts, Michael Holding, Colin Croft and Joel Garner who didn’t let the batsmen to come on front foot, so hostile and accurate they were.

In the present scenario it are the Indian batsmen, not the West Indian fast bowlers, who are feared for their aggression and ruthlessness. Yuvraj Singh showed glimpses of his prowess as did Yousuf Pathan but the others just faded away. It were Harbhajan Singh’s three boundaries in the final over that the total past 150.

Harbhajan was also chiefly responsible for plotting the dismissal of Gayle, the danger man. At this stage the match looked in India’s pocket but Bravo, having wreaked havoc with the ball earlier, played the innings of his lifetime to change its complexion.

History had looked like repeating itself when Sri Lanka went into the self-destruction mode against Pakistan after a typically blazing start provided by Sanath Jayasuriya and Tillekeratne Dilshan.

Any team having collected 80 odd runs in less than nine overs without losing a wicket would be expected to finish around 200 in a T20 game. But the Sri Lankans, as they had done so many times against Pakistan in the past, played some horrible cricket to limit themselves to 150. 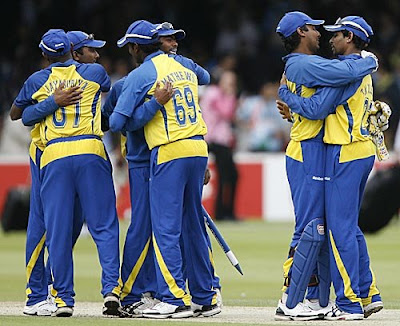 The momentum was with Pakistan when they went on to chase 151 and even the early loss of the opening pair didn’t bog them down. Skipper Younis Khan got the support from Shoaib Malik and Misbah-ul-Haq to create panic in the Sri Lankan camp.

Ajantha Mendis, supposed to be the most lethal spin bowler in the world, was hit out of the attack. How often would you see him not getting the full quota of four overs in a T20 game. The champion off-spinner Mutiah Muralitharan was also blunted but he pulled it back with wickets on successive deliveries in his final over.

But the match was turned decisively in Sri Lanka’s favour by the express pace of Lasith Malinga who picked the crucial wicket of Younis immediately after the Pakistan captain had reached his half century.