The final countdown to the Cricket World Cup 2011 has begun with just over a month to go for the most sought after tournament of the game to get underway. The cricket fever has started gripping the Test playing nations and it will spread to the various other countries too as the mega events gets closer. 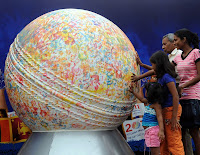 There’s a lot of debate about which team is going to lift the trophy this time round. The opinion may be divided as to whom the crown will belong to but there are very few people who consider Australia, having done it for the past three times, a serious contender to make it four in a row.

Although the Australians still have an ODI series against England to play at home before the World Cup but I don’t think they would be helped much by its outcome. They have endured a kind of lean patch in every format of the game in the recent past and there’s very little to suggest them making any impression on the flat pitches of the sub-continent. 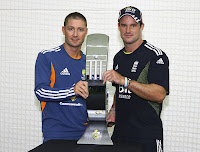 Australia, who also played the final of the 1996 World Cup when the event was last held in this part of the world, are quite unlikely to go that far this time round. They are very low in confidence at the moment and I don’t think they would be able to make mincemeat of the England side in the upcoming ODI series as they used to do in the past.

India and Sri Lanka are the two teams who in my opinion should be progressing to the final of the CWC 2011 unless and until something very dramatic happens. Besides the home advantage both these sub-continental teams will be boosted by their success stories during the last couple of seasons.

The Indians, although humiliated in the last couple of editions of the ICC World Twenty20 after having won the inaugural event in 2007, have fared consistently in ODIs and Test matches.

The Indians, with a strong squad complemented by formidable bench strength at their disposal, have their best chance in years to regain the title they had won for the only time way back in 1983.

The Sri Lankans have a potentially World Cup winning combination in their folds as well. It remains to be seen at which stage of the tournament they come head to head with India, whom they had eliminated in the semifinals in 1996.

England have been on a high after annexing the ICC World T20 title in the West Indies last year and they must be fancying their chances of claiming their hands on a trophy that has never come in their bag yet.

South Africa may have struggled against Pakistan in their last ODI in the United Arab Emirates (UAE) not very long ago but they have adequate resources to make a huge impact on the competition and do away with the tag of the chokers.

India, Sri Lanka, England and South Africa, in my opinion, are more likely to be making it to the top four with Australia being their main challengers. New Zealand and the West Indies can’t be expected to do anything more than bringing about an upset or two. So could be the fate of Bangladesh and Zimbabwe.

It’s never wise to rule Pakistan out therefore don’t be surprised if they go on to win the tournament even with the turmoil at the top and all those controversies surrounding the team. On paper they don’t have much of a chance, however.
readmore »»