The West Indian cricket authorities have had this habit of hitting the headlines for the wrong reasons for a number of years. The West Indies Cricket Board (WICB) has had numerous management problems in the past as well and they are facing the music once more. 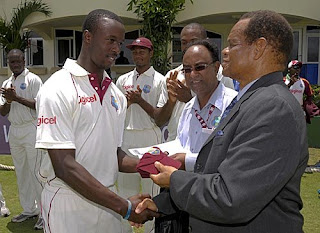 There has indeed been something rotten in the state of their affairs causing controversies of various kinds from time to time. Lately they have been engaged in a tussle that has led them to field a second string outfit in the first Test against Bangladesh having started on July 9.

One has to understand the gravity of the situation and take into account the ground realities before blasting them for the unforeseen incidents that have brought the game into disrepute more than once.

It’s obviously not easy to have synchronization of thoughts when people from so many different countries sit on one platform. We must not overlook the fact that the WICB is a representative body of quite a few sovereign countries having kept this entity of the West Indies in tact for so many decades purely for the sake of cricket.

One has to recognize the passion of cricket these countries from the Caribbean have had. It’s the game of cricket that unites the nations and they are more than glad to play under the umbrella of the West Indies.

Yes it’s only cricket in which the independent sporting nations like Barbados, Jamaica and Guyana have joined hands. In all other disciplines they have their own identity and the athletes represent their respective countries.

Keeping in view these basic facts one can feel for the West Indian cricket administration that must be tough than running an organization like the Pakistan Cricket Board (PCB) or the Cricket Australia (CA).

The WICB officials, however, need to improve their working and develop a consensus in dealing with the problems as sensitive as the wages of their cricketers. They should be more rational in their approach and keep the interest of the game paramount at all times.

Whatever the administrative problems they should have tackled it and the matter should not have gone out of hands. Obviously fielding a second string side is not a good reflection of their capabilities in coping with the crisis.

There are disagreements and arguments everywhere but some cool heads are more likely to settle the issue rather than the hawkish elements prone to aggravating the problems by throwing caution to the wind. 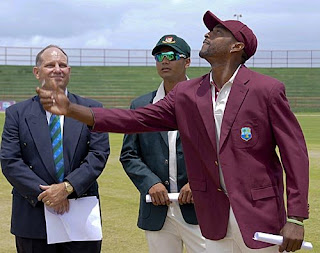 The saner elements in the WICB should reassess the problems and make efforts to mend fences with the cricketers having boycotted the ongoing series. They should not allow the people with vested interests to dominate and fulfill their agenda of further destabilizing the West Indian cricket.

The West Indies Players' Association (WIPA) should also adopt flexible approach and they should not challenge the authority of the West Indies Cricket Board (WICB) that indeed remains the supreme body of the game in the region. The rigidity is not going to help in any way. Both the parties should reach a sort of agreement that doesn’t deprive their people the pleasure of watching their star players.
readmore »»