A football stadium of international standards is nearing completion in Naya Nazimabad and it will soon be made available for hosting matches, much to the delight of the local sports fraternity. 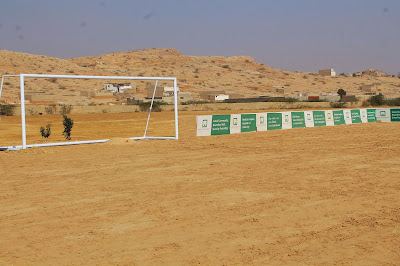 The infrastructure projects hold lifeline to the development of sports and it’s very heartening indeed to find such a wonderful football stadium getting ready to become the next big thing in the city.

It’s going to be the fulfillment of another dream of Arif Habib, Chairman, Arif Habib Group, who has already created waves in the sporting community by having developed the Lawai Stadium in Naya Nazimabad which is acclaimed as the most picturesque cricket ground of Karachi.

It’s the vision of Arif Habib, one of the leading entrepreneurs of the country, besides his passion for sports, which has resulted in the development of cricket and football stadiums of international standard in Naya Nazimabad.

Mohammad Iqbal, Director Sports, Naya Nazimabad, disclosed recently that the football ground, measuring 180 feet by 300 feet has a fully grassy field and the dugouts as well as the goal posts have already been installed. 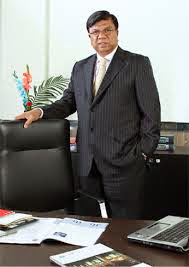 “The pavilion is under-construction and it will be ready very soon. The floodlights will be installed in the second phase which will also be completed in 2015. By the end of the year the floodlit Naya Nazimabad Football Stadium would be looking forward to become a most popular venue for the sport,” he observed.

Mohammad Iqbal, a former cricketer, brings with him vast experience of sports administration as he headed the MCB’s sports department for a number of years, having remained associated in the development of infrastructure projects in the past as well.

He has already proved his mettle at Naya Nazimabad as well where, with the total support of the Arif Habib Group and the proactive involvement of the top officials of the Javedan Corporation, the facilities for sports are being developed of the highest standard.

The manner in which the Naya Nazimabad Lawai Stadium has been developed and maintained speaks volumes of the professional management and the extraordinary efforts having been put in. It’s quite remarkable how such a fantastic ground has been developed in incredibly quick time. More significantly it’s also being maintained properly.

They have already staged a couple of editions of the Naya Nazimabad Peace Cup Cricket Tournament, under floodlights. In fact the knockout matches of the 2nd Peace Cup were telecast live. It was an accomplishment of sorts for the event having gone on air in only its second year. 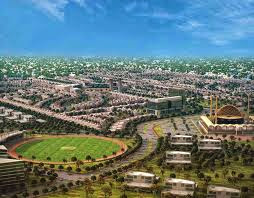 It seems a matter of time for the Lawai Stadium to start hosting matches of the national cricket tournaments, organized by the Pakistan Cricket Board (PCB), on a regular basis. It’s a welcome addition to the list of well maintained cricket grounds in the city.

The phenomenal success of the cricket stadium and the desire of the promoters of the massive housing project to patronize sports in their arena there’s very little doubt in one’s mind about the Naya Nazimabad Football Stadium becoming talk of the town in the not too distant future.

It will be a particularly pleasing sight for the residents of Naya Nazimabad to have a high-quality football stadium, besides one for cricket, in their own backyard. Besides using the facilities themselves they will also get the rare opportunity of watching the star players in action in their own locality.
readmore »»