The international cricket in Pakistan may finally be resumed next month following an understanding reached between the Sindh Sports Minister, Dr Syed Mohammad Ali Shah, and the Pakistan Cricket Board (PCB) Chairman, Chaudhary Zaka Ashraf. 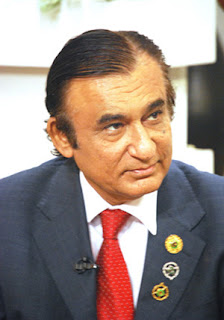 “I have had a lengthy informal meeting with the PCB Chairman in London recently. We have agreed in principle to make it a joint venture and the details are being worked out. We are due to meet again, this time formally, later this month to finalize the matter,” Dr Shah revealed in an interview the other day.

“Since the PCB has showed willingness to work jointly with the Asghar Ali Shah Foundation for the resumption of international cricket in Pakistan, we may extend the Twenty20 series between World XI and Pakistan XI to three matches instead of the originally planned two. We can have matches in Karachi, Lahore or any other venue the PCB may desire,” the Sindh Sports Minister, showing flexibility, remarked.

He had adopted a different stance earlier which led to the postponement of the two matches which he had announced to organize in Karachi on May 25 and 26. 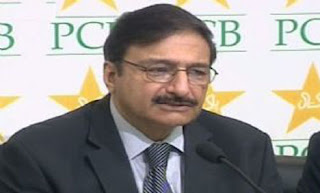 “It’s our mutual desire to hold the three-match T20 series in the middle of July, upon the return of Pakistan’s team from the tour of Sri Lanka. The period between July 14 and the start of Ramazan around July 21 is being considered as the window of opportunity. Since the T20 and ODI specialists will return home before the Test series, we can also play host to these matches a little bit earlier,” Dr Shah felt.

When inquired about what role his Foundation will be playing in the event of the PCB hosting the matches, he explained that the Board will be looking after all the organizational matters and his body will only bring in the contracted players to Pakistan. 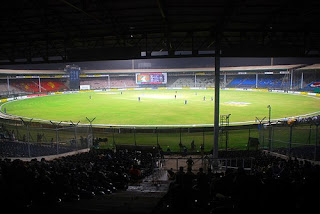 Dr Shah has indicated that the contracts with the players will be revised if they were to appear in three matches instead of two.

He was confident that all the players, who had signed to play in May, will be available to come for a short period for Pakistan in July.

There’s a strong possibility of these matches getting staged if the PCB Chairman indeed has made up his mind to work jointly with Dr Shah or even let him do it on his own. But the kind of system prevailing in the society nothing could be taken for granted. There’s still a long way to go it seems.
readmore »»