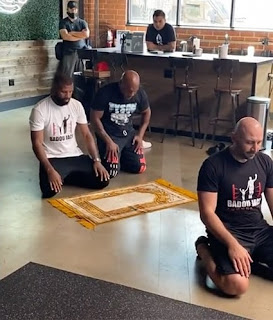 A video footage got viral on social media that showed Badou Jack, Mike Tyson and Amer Abdallah praying at the Mike Tyson Ranch.

The Swedish professional boxer, Badou Jack, shared a video of praying with legend Mike Tyson on his Instagram account.

Tyson, 54, who dominated the heavyweight scene for almost 20 years after winning the title in 1987, was due to take on 51-year-old Jones in an eight-round exhibition in California on September 12.

However, the bout has now been postponed until late November after the organizers chose to make the pay-per-view event bigger with more fights on the undercard.

“Changing the date to November 28 will give more people the opportunity to see the biggest comeback in boxing history. This temporary inconvenience will last longer than Roy Jones Jr. He better be ready, I’m coming full force,” Tyson commented.
readmore »» 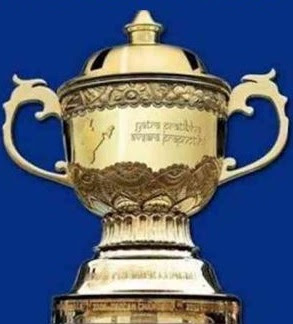 The 2020 Indian Premier League (IPL) is a set to kick off for only the second time in its history outside India from September 19. It was scheduled to take place in March but was postponed because of the coronavirus pandemic.

The event will now be held in the United Arab Emirates (UAE) after the Board of Control for Cricket in India (BCCI) received government clearance in this regard.

According the organizers, the tournament is scheduled to be held in Dubai, Sharjah and Abu Dhabi from September 19 to November 10.

The BCCI was awaiting clearance from Indian ministries of home and external affairs before announcing the schedule.

The IPL chairman, Brijesh Patel, a former Test batsman, expressed the confidence that the UAE will turn out to be the perfect hosts.

"We are very confident. The UAE has the infrastructure. They have hosted many international matches, and not just the IPL," Patel was quoted having observed in an interview. 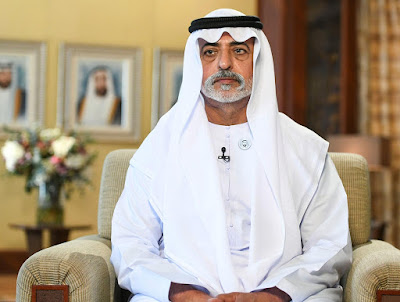 The Emirates Cricket Board (ECB) said that it was looking forward to hosting the biggest cricketing event in its history.

“We feel extremely privileged to host what could be considered the pinnacle-event of our favourite sport. The magnitude of being in a position to bring the IPL to the vast cricket-loving global community, during current events which have greatly impacted our daily lives, is one we take with extreme importance,” Sheikh Nahyan bin Mubarak, Minister of Tolerance and Chairman of the ECB, remarked.

“This is undoubtedly the highest profile cricketing event to be held in the UAE and our team will continue to support all facets [of the tournament] and work toward delivering a successful event for the enjoyment of all sports-fans; here in the UAE, in India and across the world,” he added.

After receiving official approval, the governing bodies in India and the UAE can now begin the task of finalizing the infrastructure and protocols to hold the event in a bio-secure environment. The players will undergo three COVID-19 tests in India and three tests after arrival in the UAE. Regular tests are planned throughout the tournament.
readmore »»