It’s not common to find the head of the national cricket board sparing time to go down to the airport to receive any of the visiting teams. Ijaz Butt, Chairman, Pakistan Cricket Board (PCB), personally greeted the Sri Lankan cricket squad at Karachi’s Quaid-e-Azam International Airport when the tourists landed on January 18. 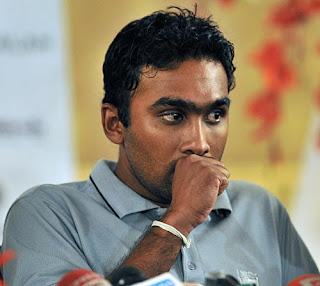 It was probably an unprecedented gesture but not entirely unexpected in the given scenario. With the foreign teams expressing their reluctance to play in Pakistan, the PCB has acknowledged the support of their Sri Lankan counterparts who have honoured their commitment of touring Pakistan.

It has been in the practice in the past in Pakistan that the visiting teams were received at the airport only by the officials of the local cricket associations. So it was quite an unfamiliar sight to find the head of the board in the reception party.
The top functionaries of the Karachi City Cricket Association (KCCA) were also present on the occasion to welcome the Sri Lankan cricketers. The KCCA President, Dr Mohammad Ali Shah, who is the also the Sindh Minister of Sports, was very much there with the long-serving Secretary of the Association, Prof Siraj-ul-Islam Bokhari.
This is a special tour not because it has been arranged hastily but primarily because it’s being undertaken by the Sri Lankans at a very critical time. They have proved bad time friends.
The PCB has had special relationship with their Sri Lankan counterparts over the years. They have had a history of helping each others in need.
How can one forget 1996. The Sri Lankans had taken the world by storm with their brilliant performance in the field. Their experiment of going hard at the bowlers from the first ball of the innings had worked wonders and they were being talked of as world-beaters.
At a time when their team had peaked and was being considered as one of the strongest contenders for the trophy for the first time in history there was a shock in store for their cricket board when Australia and the West Indies refused to play their World Cup games in Sri Lanka.
The Sri Lankan Board, being co-hosts, had found itself in a very embarrassing situation and it was the Pakistan Board that came to the rescue by agreeing to play a hastily arranged match in Colombo to offset the losses the home board suffered due to the cancellation of matches against Australia and the West Indies.
The then Sri Lankan captain Arjuna Ranatunga was sporting enough to acknowledge Pakistan’s timely support by playing at Colombo when he held aloft the trophy at the Qaddafi Stadium, Lahore.
The present Sri Lankan skipper Mehela Jayawardene has also referred to the point upon arrival in Karachi that the current visit was a kind of returning friendly favour to Pakistan who had toured the island nation when some teams had refused to travel there for security reasons some years ago.
“It was an obligation for the Sri Lankans to come to Pakistan when invited and even players who discussed the tour were of the opinion that it was time for Sri Lanka to return a gesture that Pakistan had shown almost under similar circumstances,” he said.