Ijaz Butt: Meeting the challenge with a smile

How often do you come across someone who keeps his cool and composure even when confronted with provoking remarks and that too in the media or at a public place where you are the centre of attraction? 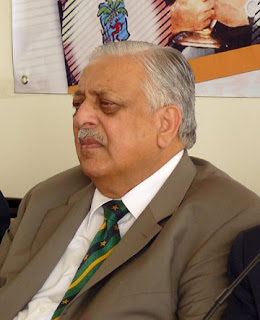 There are very few individuals who have the capacity to absorb unkind remarks or face undue criticism for the faults of others. One needs to have nerves of steel and strength in character to cope with the hostilities hurled by people either having vested strengths or lack of knowledge about the subject.

The chairmanship of the Pakistan Cricket Board (PCB) is indeed a hot seat and it remains under the scrutiny of the media in particular and the masses in general because cricket is the most popular sport of the country by a big distance and every other person in the society considers himself or herself an expert of the game.

Ijaz Butt has taken over the leadership of the PCB only a few months ago. Having a proven record in the field of administration and management, besides being a former Test cricketer, he was supposed to be the best man for the position that had been lying vacant with the resignation of Dr Nasim Ashraf.

The cricket community heaved a sigh of relief when Ijaz Butt was appointed as the chairman because it was being demanded for a long time to have the affairs of the Board managed by a former Test cricketer.

These are still the early days in office for Ijaz Butt and one needs to wait for a year or so to draw a conclusion if he’s doing justice to the task or not. It’s very unprofessional to seek an explanation from him for the misdeeds of his predecessors or directly hold him accountable for the wrongdoings of his associates.

Since Ijaz Butt’s intentions appear positive there is more likelihood of him succeeding than not. He has those rare qualities of handling the pressure and rising to the occasion in the testing times.

So far Ijaz Butt has fared rather well. Obviously there were challenges for him than opportunities when he took over but he has worked his way nicely and things are looking brighter than before.

It goes to his credit to have convinced the Australians to play Pakistan at a neutral venue. His initiatives have already resulted in the resumption of Test cricket in Pakistan after more than a year. 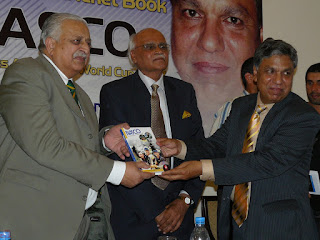 He should be commended for doing these two accomplishments in particular. Pakistan had not played a single Test in 2008, let alone hosting a game. Things looked gloomier when the Indians cancelled their tour to Pakistan for non-cricketing reasons.

Ijaz Butt did the cause of the game a great service by persuading the Sri Lankans to tour Pakistan during the period when the Indians were due to play. There was Test cricket at last for the Pakistanis.

The Australians appeared reluctant to be engaged in a series with Pakistan in this part of the world but he managed to negotiate a successful deal as a result of which these two teams will soon be playing in Abu Dhabi and Dubai.