Nobody is favourite in knockout games this time round

Look at what has happened in the league matches of the Cricket World Cup 2011 whose knockout phase starts with the quarter-finals on March 23. 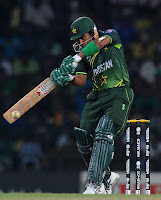 With the sole exception of Netherlands, who remained winless despite the awesome display of their wonder-boy Ryan tan Deschate, all the five teams were in business and stood a chance of making it to the quarter-finals. Finally it was the fancied quartet of South Africa, India, England and the West Indies who sailed through to the last eight, leaving behind Bangladesh and Ireland.

The situation in Group A was different and it remained a four-horse race all along with the quartet of Pakistan, Sri Lanka, Australia and New Zealand, showing no mercy for the minnows. The trio of Zimbabwe, Kenya and Canada simply didn’t possess the firepower to test the experienced sides. 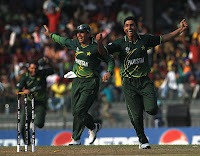 There were surprises galore in Group A, as well with Pakistan prevailing over hosts Sri Lanka and defending champions Australia while getting whacked by New Zealand, hammered by both Sri Lanka as well as Australia.

Unlike many of the last editions of the World Cup, there’s not a single unbeaten outfit in the league matches. Every team having reached the quarter-finals has tasted defeat and it’s very difficult to predict the outcome of the knockout games.

At the start of the tournament, Pakistan would have been expected to crush the West Indies, South Africa would have been tipped to blast New Zealand, Sri Lanka would have been installed as the firm favourites to topple England and India could have entered the game at a slight advantage against Australia.

But things have changed now since the start of the tournament and nobody would be surprised if exactly the opposite happens and the West Indies, Australia, New Zealand and England contest the semifinals at the expense of Pakistan, India, South Africa and Sri Lanka. 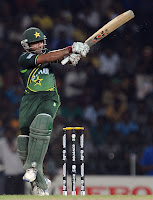 Pakistan have enhanced their reputation by tarnishing Australia’s grand unbeaten run of victories in the World Cup. Will Australia be finally dethroned this time round? The manner in their batting collapsed against Pakistan I don’t think anybody should be taken by surprise if they are whipped again.

What about Pakistan’s own chances of lifting the trophy? Well they are only three matches away but they still have a long way in the tournament of uncertainties. If they can routed by Ross Taylor of New Zealand there’s still plenty of energy left in Chris Gayle to lift his side with another astonishing knock. So Pakistan can’t take the West Indies for granted either although they are the weakest of the four quarter-finalists from the rival group.

I don’t know if anyone would still be backing India to reclaim the title after their dismal batting performance in the final phase of the innings not one time but three times during the course of the competition. It’s truly incredible how they got bowled out inside 50 overs against England, South Africa and the West Indies after being in total control till the 40th over of the innings.
readmore »»