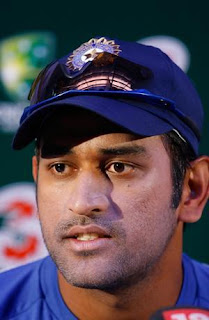 The Indians have fielded stronger outfits in the cricket field and have had bigger names in their folds in the past but for some reason or the other they were unable to produce the desired results.

The present Indian side, led by Mahendra Singh Dhoni and coached by Gary Kirsten, has come up trumps and it has demonstrated the kind of spirit and intent that has caught their opponents on the wrong foot more often than not.

Never before have they combined so well to accomplish their mutual objective of putting India among the top teams of the world. The present lot, a blend of youth and experience, has taken the world by storm in all forms of the game.

But there are still a few tendencies which the Indians need to overcome if they desire to become the number one team in the world. They will have to decide whether they are contented to be ranked as one of the best teams in the business or they are indeed interested in aiming for the top slot.

They will have to abandon some of their old habits if they are eager to be the top ranked cricketing nation. In the past as well some of the Indian outfits have had the capabilities of claiming the honours but for reasons better known to them and their concerned stake-holders they were guilty of dropping the intensity at the wrong time.

Sourav Ganguly was an inspirational leader and he had raised a team that succeeded in taming every opponent. It can’t be mere coincidence that the Indians kept qualifying for the final of almost every tournament they played and choked at the last hurdle.

The present Indian line-up has fresh legs and it has set high standards in the field. The youngsters have brought energy that has helped them become even more competitive than their predecessors but they won’t be able to conquer the world if they modeled themselves on the same lines.

Dhoni will have to stand up and tell his boys that no half measurers are needed in any international game irrespective of the fact that the rubber is dead or it’s the final of a tournament. They need to perform consistently and there should never be doubts of anyone under-performing for any reason. 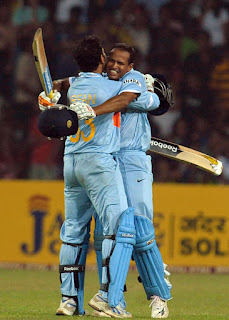 It was really a shame that the Indians didn’t complete a whitewash in the recent ODI series in Sri Lanka. The hosts were demoralized after having lost the first four games but the Indians let them in by picking their weakest possible side.

It’s always a good idea to try out the newcomers after the series has been decided but resting the top three bowlers from the same match didn’t make sense. The weakened Indian attack was taken for aplenty and then their own batters didn’t do justice while chasing a challenging target.

It looked as if the Indians didn’t mind losing the last game and they were more than satisfied having pocketed the series 4-1. What they had conveniently ignored was the fact that it’s not easy to stage a comeback after conceding the initiative.

They very nearly had to pay the price for the adventure in the fifth and final ODI when they were pushed into a tight corner in the one-off Twenty20 International at the same venue. It was only the genius of the Pathan brothers, Irfan and Yousuf, allowing them to win the tie they seemed to have lost for all practical purposes five overs ago.