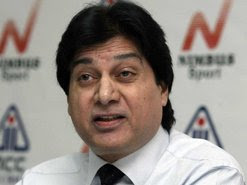 Ijaz Butt continues to be on a rampage. Chiefly if not solely responsible for pushing the Pakistan cricket to the wall of late he has dealt yet another body blow by appointing Mohsin Hasan Khan as the chairman of the national selection committee.

Mohsin Khan was a dashing opening batsman of his time, having played a few memorable knocks with the double-century in the Lord’s Test of 1982 being the standout performance, but he’s not considered an appropriate choice for the position of chief selector.

Ijaz Butt, who took over as the chairman of the Pakistan Cricket Board (PCB) in 2008, has been guilty of committing blunders after blunders and his insistence to call the shots without taking the trouble of consulting people who matter has caused irreparable damage to the game in the country.

Ijaz Butt has already done enough disservice to the cause of the Pakistan and he’s not prepared to listen to anyone because of the support he enjoys of his brother-in-law Chaudhary Ahmed Mukhtar, one of the most influential of politicians in the country at the moment.

He has been fearlessly taking the decisions arbitrarily showing total disrespect to the members of the Governing Board of the PCB. Neither has he been bothered by the declining performance of the team.

The appointment of Mohsin Khan as the chief selector once again brought to light the fact that Ijaz Butt doesn’t care for anyone or anything and he is not afraid to make the moves that are more likely to backfire than not.

Ijaz Butt appeared to have made up his mind after his differences with Abdul Qadir last year that he will be having a Karachi-based chief selector. The names of Saleem Yousuf, Mohsin Khan and Iqbal Qasim were believed to have been considered when the slot became vacant with the exit of the magician leg-spinner.

Iqbal Qasim was preferred and the assignment was given to him. The great left-arm spinner of his era that he was, he also held the advantage of being the chief of the sports department of a leading bank that provided him the opportunity of interacting with the cricketers active on the scene. 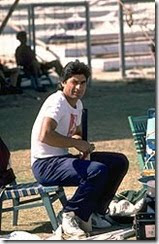 The marriage of convenience between Ijaz Butt and Iqbal Qasim, not surprisingly didn’t last long, and the post became vacant once more in a matter of months.
Ijaz Butt has now chosen Mohsin Khan as the replacement of Iqbal Qasim as he desired, by the look of things, to let the position of chairman selection committee be retained by someone from Karachi.

Mohsin Khan will be facing multiple problems in discharging his duties as he’s had the reputation of working out his own timetable. He had worked for the PCB in the past as well but, unlike his enterprising Test career, didn’t do anything to be proud of.

Let us see how Mohsin Khan, who also tried his luck as an actor in the Bollywood, brings his diplomatic skills into play because the chances of him enduring the Ijaz Butt factor appear very remote indeed. readmore »»