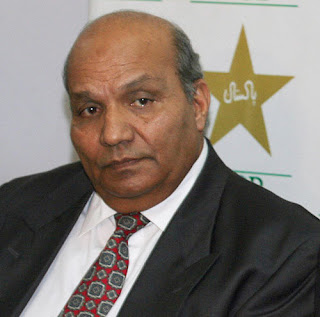 By Syed Khalid Mahmood
The Pakistan coach Intikhab Alam appeared very confident ahead of the two-Test series against Sri Lanka starting at the National Stadium, Karachi, on February 21.
In a brief chat, soon after having checked in at Hotel Pearl Continental, Karachi, on February 18, Intikhab expressed the hope that his boys would come up with improved performance in the Test series.
“Our team is in a very positive frame of mind right now and the sessions we have had at the Steel Township during the past few days have helped greatly in boosting their confidence for the upcoming battle,” Intikhab stated.
“Our boys are fully prepared mentally and physically to take on the Sri Lankans. They feel motivated and eager to play to their potential. They have realized that whatever had happened in the ODI series was history. They are looking forward to the Test series with renewed confidence and greater self-belief,” Intikhab reckoned.
“We know the Sri Lankans are a world-class side but we are confident to give them a run for their money in the two Tests that we are going to play in the home series. Our team is very well balanced having a combination of youth of experience,” he added.
Intikhab was particularly happy with the results of the recent stint at the Steel Township. “We had a wonderful short training camp at the Steel Township where boys had the opportunity of gelling together,” he noted.
He dispelled the impression that there were any negative thoughts involved behind having the camp at a distant location.
“It was just the desire of the newly appointed Pakistan captain, Younis Khan, to spend some time together with the boys without any external pressures,” Intikhab said.
Putting his weight behind Younis Khan, the Pakistan coach believed that the change of guard has helped and the team is appearing mentally tougher. 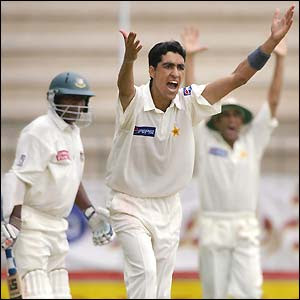 “Younis is a fighter to the core and whole team is right behind him. He has the quality of inspiring his colleagues to rise to the occasion,” Intikhab, who was also the coach of Pakistan’s World Cup winning squad in 1992, thought.
The coach was satisfied with the squad chosen for the first Test stating that the selectors have picked the best available lot with several good options in batting and bowling department.
Intikhab Alam did not mince words in stating his team was not in position to afford the luxury of entering a Test match with five specialist bowlers.
“I don’t think that we can dare taking that kind of risk. Most probably we would be entering the first Test with three fast bowlers and a specialist leg-spinner in Danish Kaneria. The off-spin of Shoaib Malik will be a bonus,” he acknowledged.
“We have considerable depth in our batting with the experienced hands like Salman Butt, Younis Khan, Misbah-ul-Haq and Shoaib Malik in the ranks. Plus we have some very talented youngsters all of whom have the capacity to score heavily,” Intikhab remarked.