It was the brilliant captaincy of Mahendra Singh Dhoni that proved decisive in the final of the third edition of the Indian Premier League (IPL-3) and earned Chennai Super Kings the title for the first time.

Dhoni, who has been leading successfully for the past few years, proved himself a better tactician than Sachin Tendulkar captaining Mumbai Indians, who were the favourites to run away with the crown after awesome performance in the league matches. 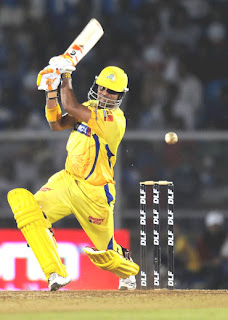 As we have seen numerous times in an otherwise illustrious career of Tendulkar, over two decades now, he was found wanting in the battle that mattered the most once more. He was unable to play the kind of dominating knock that was so badly needed by his side in the final.

For a change, however, Tendulkar didn’t fail completely as we had witnessed him in doing in other finals or crunch matches. He occupied the crease for considerable length of time to keep the contest alive but at no point did he threaten to take it away single-handedly in the manner he’s capable of.

Dhoni, on the other hand, lived to the reputation of being the Captain Cool. He didn’t panic while defending not too big totals, displaying complete faith in his bowlers. His bowling changes and field placing reflected of the man being in total control of the situation.

He didn’t contribute far too many runs in the final but his leadership skills were instrumental in guiding Chennai to 22-run victory over Mumbai in what truly turned out to be an exciting final.

Although Dhoni’s men held the upper hand in the later stages of the Mumbai innings the magnificent hitting by Kieron Pollard in the 18th over had opened up the game only to be sealed in the very next over by Albie Morkel.

The West Indian Pollard, having played some belligerent knocks earlier in the competition, stunned everyone by blasting Australia’s premier fast bowler Doug Bollinger for 22 runs in the 18th over of the innings.

A couple of huge sixes and as many fours brought Mumbai right back into the business and all eyes were on Dhoni about his next move after the massacre of his trump card Bollinger.

He had the option of using left-arm spinner Shadab Jakati, who had taken two wickets in his last over including that of Tendulkar but the Indian skipper turned to the fast-medium stuff of Morkel, who possessed far greater experience of bowling in these conditions than Jakati. 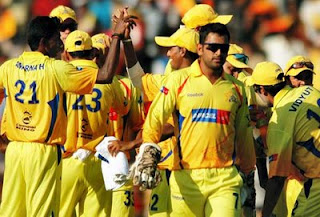 It turned out to be the move of the evening. Morkel was right on money in the penultimate over of the innings and even Pollard could not get him away. Dhoni was credited to have posted Mathew Hayden at mid-off where the tall West Indian was caught to end hope of a Mumbai victory.

Tendulkar’s decision to bat Pollard low down in the order didn’t work and took many people by surprise. But one factor that could have prompted holding him back was to shield him from the quality spinners on a track where the ball was not coming to the bat.

It was a day to remember for Suresh Raina who blasted 57 off 35 balls to help Chennai post a competitive total. Then he took a brilliant catch besides capturing the wicket of ‘pinch-hitter’ Harbhajan Singh.
readmore »»