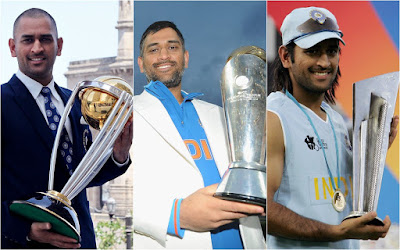 Known for his innovation and versatility, Mahendra Singh Dhoni, one of the most successful Indian captains of all time in limited overs cricket, chose a novel way to bring to an end all the speculations regarding his career.

Instead of announcing the decision to hang his boots in the presence of battery of media professionals, he took to Instagram to make the announcement, putting up a slideshow of images from his career to the soundtrack of legendary singer Mukesh on his official account.

Although his post didn't specify it but it’s being understood that the retirement is only from international cricket as he’s set to play for the Chennai Super Kings not only in the Indian Premier League (IPL) 2020 but may continue playing for the franchise until 2022 at least. Dhoni happens to be the only captain to lift all three ICC trophies.

Under his leadership India clinched the inaugural T20 World Cup in 2007 while he led his team to victory in the 50-over World Cup in 2011 and followed it up by clinching the Champions Trophy in 2013.
readmore »»