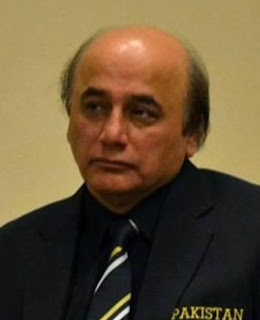 The newly elected President of the South Asian Billiards Sports Association (SABSA), Alamgir Anwar Shaikh from Pakistan, has vowed to generate more activities at the regional level besides taking care of continental and global events during his tenure as its new helmsman.
Alamgir Shaikh, who is currently the Chairman of the Pakistan Billiards & Snooker Association (PBSA), was elected as the President of the SABSA for the next term of four years during its Annual General Meeting (AGM) held in Bangladesh’s capital Dhaka on November 30.
A notification from the PBSA confirmed the unanimous election as the SABSA President in the AGM which was convened on the sidelines of the recently concluded 2nd SAARC Snooker Championship 2022.
Syed Mahboob, a veteran administrator from Bangladesh, having served as the Secretary General of the Asian Confederation of Billiards Sports (ACBS) for a number of years, has been elected as Chairman of the SABSA while Muhammad Abdullah, also from Bangladesh, Sunil Bajaj from India and Ziham Hussain of Sri Lanka were elected as its Vice President, Secretary General and Treasurer respectively.
It may be recalled that Ali Asghar Valika, a former President and the current Patron-in-Chief of the PBSA, was the Founder President of the SABSA which was established to promote billiards sports in the SAARC member countries.
readmore »»