Football remains one of the most popular sports of Pakistan despite the lack of infrastructure and poor administration. The passion for the game has not died down and the following, contrary to the popular belief, is understood to be on the rise with the new generation into it.

It’s very heartening to find the Sports and Youth Affairs department of the Government of Sindh having taken the initiative to launch a five-month long football course under the banner of Benazir Bhutto Shaheed Youth Development Programme (BBSYDP). The course was launched at the PSB Coaching Centre in Karachi on June 9.
Speaking at the inauguration ceremony, Shoaib Ahmed Siddiqui, Secretary Sports and Youth Affairs to the Government of Sindh, observed that the provincial government was trying their best to promote sports in the nook and corners of Sindh.
He pointed out that coaching played a vital role in preparing and developing the skills of the athletes and the standard of the game can not be strengthened at the grassroots level without the involvement of the coaches.
He revealed that the Sindh Chief Minister, Syed Qaim Ali Shah, has allocated Rs 13 million for this project under which the coaching courses are being organized in as many as three games.

The provincial government, as part of the Benazir Bhutto Shaheed Youth Development Programme (BBSYDP), will be organizing coaching course hockey after having started the courses for the cricket and football coaches.

“A monthly stipend of Rs.6,000 is being given to the participants of the course belonging to Karachi while the outstation participants are paid Rs.9,000 per month,” he added.

“Here’s an opportunity for the coaches to fine tune their skills and become even better professionals to serve the cause of the game,” Shoaib Siddiqui reckoned.

The PFF Director, Youth and Grassroots Management, Siddique Shaikh, is supervising the course. He firmly believed that the five-month course will hugely benefit the participants who are getting the opportunity of learning about the basics of coaching besides learning the latest techniques of imparting training to the athletes.
The opening ceremony was also attended by Deputy Secretary Youth Affairs to Government of Sindh and Project Director, Saleem Ahmed Siddiqui, PSB Director Coaching Centre, Zulfiqar Abro, Event Coordinator Asif Azeem and ADO Mushtaq Ahmed
readmore »» 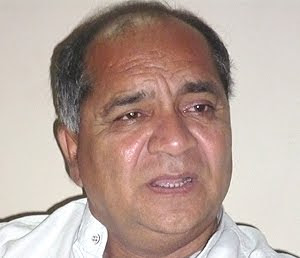 Mohammad Sajjad has emerged as the new shining light but he too fell at the last hurdle in the recently held Asian Snooker Championship in Thailand. Then there are promising youngsters like Asjad Iqbal and Mohammad Asif who also have the potential to make their presence felt. The coaching stints, as planned by the PBSA, could fast track the rise of these talented young cueists.
readmore »»