Yousuf persuaded to reconsider retirement before announcing it 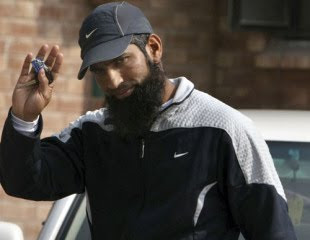 The Pakistan cricket has its own peculiar ways. Shahid Afridi, who has been handed over the captaincy of the upcoming ICC World Twenty20 to be staged in the Caribbean, is now suggesting Mohammad Yousuf to reconsider his decision to retire from the international arena.

It’s really very strange but not totally unbelievable because Yousuf, only a couple of weeks ago, was believed to have gone to the residence of Shahid to muster his support in his quest to retain captaincy.

It was very clear even then that the flamboyant all-rounder had no sympathy with the beleaguered skipper although he may not have been communicated it in simple words. But Yousuf must have felt the negative signals and Shahid’s non-cooperation could have been one of the key factors in his decision to quit the game altogether.

The meeting between the two, however, appeared to have taken place before the decision of Ijaz Butt to appoint Shahid as the skipper for the ICC World Twenty20 rather reluctantly.

If the decision to hand over the reigns to Shahid been all that straight forward he would have been named the captain at the time of the announcement of the squad for the tournament. It’s very rare that the team was finalized prior to the selection of the captain. But that’s how life goes on here in this part of the world and nothing could be taken for granted.

Obviously nobody is bothered about the fact that how vital it would have been to take the captain on board while finalizing the line-up for the global event. Now the skipper will have a team at his disposal that didn’t have a seal of his approval. Can’t it affect the performance of the unit? But who cares for thing as petty as performance. To them it’s just a matter beside the point. 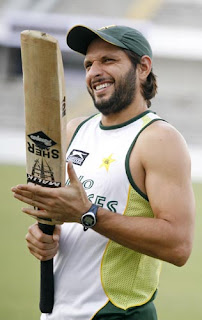 Now Shahid considers the decision of Yousuf to quit the scene as an emotional one. Interestingly the request to hold back retirement plans has come before the formal announcement that’s due to made in the Karachi Press Club’s Meet the Press programme on March 29.

"I think Yousuf is taking an emotional decision, but I think he must reconsider his decision because he still has a lot to give to Pakistan cricket. Yousuf I think has been affected by the recent happenings and is upset with the ban on him, but he is a senior player and he must handle the situation. He must not take an emotional decision,” Shahid was quoted as saying.

"We have a lot of Test matches coming up in next 10 to 12 months and we need his experience against the top teams like Australia, England, South Africa and New Zealand," he added.

Not sure what Shahid really meant because if he was really so concerned about Pakistan cricket he should have conveyed this message to Yousuf when the champion batsman had called on him in not too distant past. readmore »»