The proposed Twenty20 games between a Pakistan XI and a World XI, which were rescheduled to be held at the National Stadium, Karachi, on August 4 and 5, had to be postponed again and the new dates will be announced at a later stage. 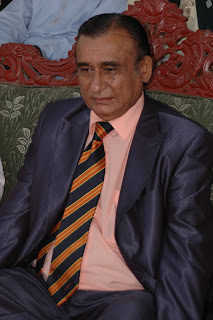 The Sindh Sports Minister, Dr Syed Mohammad Ali Shah, who planned to organize back to back matches over the weekend, announced the decision, adding that the fresh dates will be worked out with the consultation of the Pakistan Cricket Board (PCB).

These matches were originally planned to be staged in Karachi in the last week of May.

“The decision to postpone the series Pakistan XI and World XI was taken in an emergent meeting of the Asghar Ali Shah Foundation as it was practically not possible to bring in the overseas players at such a short notice,” Dr Shah revealed.

“I am in touch on a regular basis with Sanath Jayasuriya, the legendary Sri Lankan all-rounder, who will be leading the World XI in the series against Pakistan. He has assured me on numerous occasions that neither he nor any of his teammates have security concerns playing in Pakistan,” the Sindh Sports Minister stated. 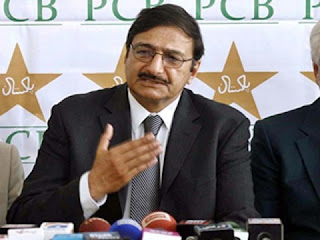 “We also have the whole-hearted blessings of the government. Sindh Chief Minister, Syed Qaim Ali Shah, and the Governor of Sindh, Dr Ishrat-ul-Ebad Khan, have pledged fool-proof security arrangements for the visiting cricketers and we are fully geared to meet the challenge,” Dr Shah asserted.

“It’s our endeavour that the full-strength Pakistan side should be fielded against the World XI which features some very experienced hands which would make the matches competitive as well as entertaining,” he thought.

“Any thing other than the national team won’t be befitting the occasion. The international cricket is returning to Pakistan and the moment has to be celebrated. We are confident that this series will open the doors to the resumption of Test matches and One-day Internationals in Pakistan which have not been held since 2009,” Dr Shah emphasized. 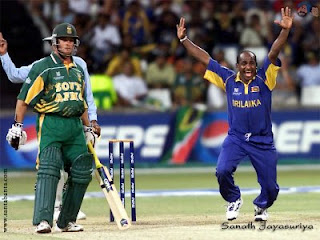 There were some positive indicators having suggested that the international cricket in Pakistan may finally be resumed following an understanding reached between Dr Shah and the PCB Chairman, Chaudhary Zaka Ashraf.

The PCB had initially refused to cooperate with Dr Shah when the Asghar Ali Shah Foundation, with the collaboration of the Government of Sindh, desired holding the two matches during the month of May.

The situation changed following the lengthy meeting between Dr Shah and Zaka Ashraf in London but the bureaucratic hurdles or the red-tape of the PCB didn’t allow things to be worked out on a fast track.

Dr Shah also offered to extend the Twenty20 series between World XI and Pakistan XI to three matches instead of the originally planned two. They were also willing to have the matches in Karachi, Lahore or any other venue the PCB deemed proper.

The response from the PCB was lukewarm and the bottom-line seemed to be discouraging the Asghar Ali Shah Foundation to do something the Board had not been able to do on their own. The PCB had failed in persuading Bangladesh to tour Pakistan even briefly for a few matches and their egos might have got hurt if Dr Shah, on his own, succeeded in roping in a bunch of international cricketers to play in Karachi.
readmore »»