The prizemoney of the 2nd Peace Cup Ramazan Festival Cricket Tournament 2014, due to get underway under floodlights at the Lawai Cricket Stadium in Naya Nazimabad, Karachi, later in the week, has been enhanced substantially. 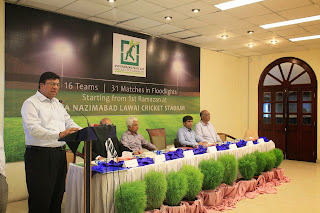 Arif Habib, Chairman, Arif Habib Group, having masterminded the development of a cricket stadium of international standard in the massive 2,100-acre housing scheme in the northern area of the city, shared the details of the mega project during a media briefing at the Karachi Gymkhana on June 23.

He dispelled the impression that security was an issue while playing or commuting at the Lawai Stadium which will now be playing host to the second edition of the Peace Cup, after a successful launch last year.

“Security is not area-specific issue. Living in DHA, I visit the ground almost every Sunday to play cricket matches. The management and staff of the Naya Nazimabad go there on a daily basis. The area is as safe as any other locality of Karachi ,” he reckoned.

Arif Habib, himself an enthusiastic cricketer, disclosed that following the completion of the cricket stadium, now construction work has commenced on the development of grounds for hockey and football besides a club house, which will have facilities for indoor games. 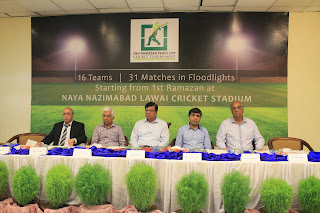 “The participants of the 2nd Peace Cup will find many new features at the Lawai Stadium which houses dressing rooms besides dugouts. The third-umpire room, sightscreens, auto rollers and auto cutting machines are now also there while the pitches have recently been re-laid,” he added.

Responding to a question, Mohammad Iqbal, Director Sports, Naya Nazimabad, informed the media that they were awaiting action from Pakistan Cricket Board (PCB) who have been requested to allocate them some matches during the upcoming 2014-15 cricket season at the Lawai Stadium.

“The PCB committee had visited the Lawai Stadium and they agreed that it’s equipped with the modern paraphernalia amd merited consideration for being used as a venue for the national tournaments in the coming season,” he added.

“Located in the vicinity of the populous North Nazimabad, our stadium seems to be having all the ingredients of becoming a venue for first-class matches as well as limited overs games under floodlights,” Iqbal felt. 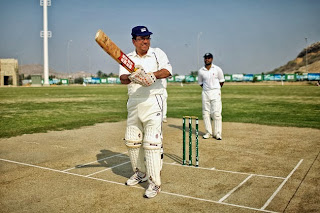