Posted by Syed Khalid Mahmood at 9:40 AM .
0 comments
Labels: Ind vs NZ

The time difference between New Zealand and India is such that the matches starting at the standard local time of 11 am in New Zealand means a 3.30 am start in India. 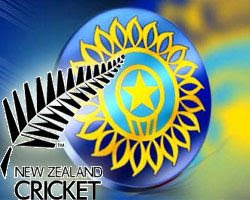 The timings of the Twenty20 Internationals suited the Indian viewers and even the One-day Internationals were day-night affairs that allowed the cricket followers in India to watch them after having completed sound sleep overnight.

The situation is different for the Test series and the broadcasters, more than anyone else, are concerned about it. If the broadcasters had a say in these matters, they could have prompted day-night sessions of the Test matches too.

Test cricket has its traditions and they are being followed even today. May be in future even the Test matches might start late in the afternoon and include a dinner break instead of the conventional lunch interval.

With nearly every major international venue having the facility of floodlights the possibilities of day-night Test matches in future could not be ruled out.

But for the time being there is an issue and the New Zealand board has reportedly declined an Indian broadcaster's request to start the Test in Hamilton at noon instead of the traditional 11 am.

According to the reports the Sony Entertainment Television, with the blessings of the Board of Control for Cricket in India (BCCI), had approached the New Zealand Cricket with the request to alter the playing hours in order to maximise its viewership in India.

The New Zealand Cricket had accommodated the request of the same broadcasters earlier this summer during the two-Test series against the West Indies that had started at the unusual time of midday.

But that was the peak of the summer and the days were longer in that part of the world. Now the natural light could fade in the closing session if the Test matches against India also start at midday.

The light has held well until 7 pm over the past couple of days in Hamilton but the weather forecast during the first couple of days indicated a cloud cover that could be one factor the New Zealand cricket authorities were not willing to take a chance. 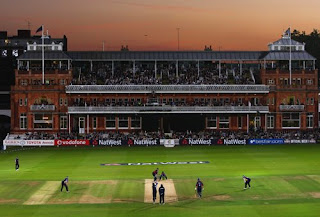 The Seddon Park in Hamilton and the McLean Park in Napier, where the first and second Tests are to be held, are equipped with floodlights but there is no such facility available at the venue of the third and final Test to be held at the Basin Reserve in Wellington.

The timings for the second and third Tests have not been announced yet but it’s going to be quite a tricky decision. If they are unwilling to incorporate changes in the playing hours of the first Test, it’s very unlikely that they would be in a position to do it later with the days becoming shorter.

It’s understandably a very difficult situation. Besides providing financial benefit to the broadcasters, the cricket lovers in the sub-continent will have the chance of watching more action live if the Test matches started an hour later than originally scheduled.