It was yet another memorable evening in which eminent personalities from different walks of life renewed decades long fellowship and recalled quite a few of those interesting incidents of yesteryears. 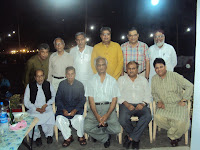 The occasion was the dinner reception hosted by the doyen of journalists in Pakistan, Abdul Qadir Qureshi, in the honour of Arif Afzal Usmani, Chief Editor and Publisher, Asia Tribune, which is a weekly newsmagazine published from New York, USA, in as many as three languages, English, Urdu and Pushto.

The venue was the Shaheen Shinwari Bar B Q Restaurant, located on Rashid Minhas Road, in the vicinity of the famous Millennium Mall at the junction of Gulshan-e-Iqbal and Gulistan-e-Jauhar. It’s also very close to the Askari IV Residential Complex which has spacious houses and apartments besides host of other facilities. 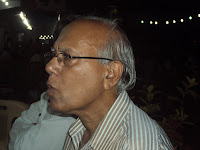 More than the lovely settings it was the quality of food that distinctly made an instant impression at the Shaheen Shinwari Restaurant, whose owner, Haji Shah Mahmood, was there personally to greet the guests.

The tastiest and spiciest of dishes had very little oil and there was hardly any feeling of heaviness although almost everybody took more than just a few bites. The mutton karahi ghosht was too delicious to resist as were the fried chicken pieces.

The cool sea breeze made the atmosphere even more pleasant and the decision to dine in the terrace instead of moving to the comfortable air-conditioned hall side enabled everyone to enjoy the moments even more. 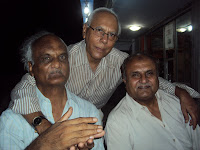 Abdul Qadir Qureshi, a great host that he always is, took care of each and every guest all of whom have been his personal friends for a very long time. He’s one of the very few people in the profession who treasure values and humanity. He has earned respect and recognition for his honesty and integrity. Ehsan Qureshi is not the only one who considers him as his mentor although the others don’t have the courage or courtesy to declare it openly.

The presence of Azeem Sarwar, undoubtedly the greatest-ever Radio personality of the country, enlivened the session as he shared a lot of incidents that were not only interesting but enlightening as well.

The soft-spoken Iqbal Qasim, probably the last gentleman cricketer to have taken the field, recalled the memories of the 1987 tours of India and England as Pakistan had triumphed in both the Test series to rewrite history. It was indeed for the first time that Pakistan had defeated India in a Test series in India before beating England in England. 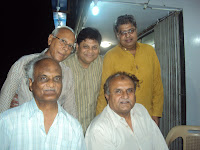 Arif Afzal Usmani, having started his career in Radio Pakistan way back in 1977 before relocating in the United States of America (USA) in 1989, had plenty to share as the gathering lasted more than an hour after dinner.
readmore »»