Younis under fire for arrogance, misbehaviour once more

Younis Khan has had this habit of being in the news for the wrong reasons. His talents as a free flowing top-order batsman have seldom been in doubt but he has left a lot to be desired when it has come to conducting himself off the field. 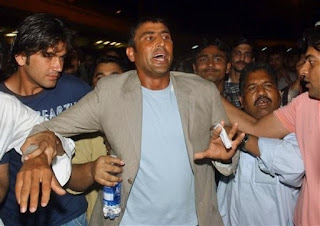 It’s really strange and mind-boggling as well that the Pakistan captain has chosen to behave so unprofessionally and even unreasonably after having returned triumphant from England where his team stunned everyone by clinching the ICC World Twenty20 title.

Younis has not only been guilty of misbehaving with his fans of late but his attitude with the local media has also been hostile and unworthy of the captain of the national cricket team particularly at a moment when the country was celebrating the unexpected victory.

Even more unfortunate is the fact that Younis is encountering problems in dealing with the media corps who had backed him out of way when he was appointed the Pakistan captain in place of Shoaib Malik during the home series against Sri Lanka earlier this year.

The recent episode has opened the eyes of the people who were treating Younis with the kind of respect that he probably never deserved in the first place. Even the media professionals, who generally have eagle eyes and sense things more quickly than ordinary mortals, not realize having erred in their assessment as far as the Pakistan captain was concerned.

Younis was being supported overwhelmingly by the media backed despite the fact that he had been a reluctant leader all along. They were misled by his smiles and some of his polite remarks. Even then some wise persons had warned not to believe him completely because, according to them, the skipper was very good at acting too.

Younis, by his recent acts, has proved that it was indeed a terrible mistake to have trusted him and flashed his headlines, photographs, footages etc to promote his image. He himself has now shown his true picture and embarrassed the people who were in the forefront in doing his image building.

There is little to suggest that the Pakistan Cricket Board (PCB), to whom he is contracted, or the Habib Bank Limited (HBL), where he is employed, will take any action at this point of time or for that reason at any other time because no institution might muster the courage even to question the rampaging cricketers who are generally considered above the law in the country. 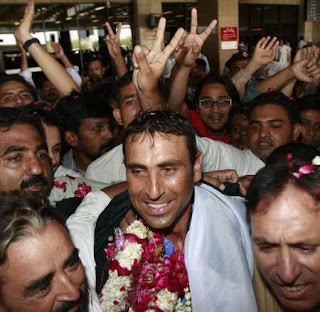 What these institutions might not realize is the fact that Younis is setting a bad example and his ‘adventures’ at a time when the entire nation was basking in the glory of the Twenty20 title win will make the people realize sooner or later that these guys are not worthy of the status being accorded to them.

What Younis is forgetting conveniently while rubbishing his fans that more than the talents of the team it were the prayers of the nation that helped them in annexing the title against the heaviest of odds. Will somebody stand up to tell the Pakistan captain where he’s going wrong or he will be allowed to bring about his own downfall only time will tell.
readmore »»