A senior official of the Pakistan Cricket Board (PCB), Dr Muhammad Ali Shah, has demanded the immediate sacking of coach Intikhab Alam and manager Yawar Saeed who are presently in Sri Lanka with the national team. 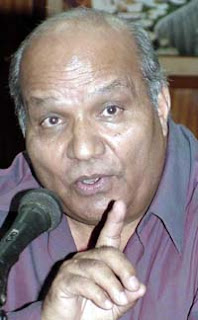 "In view of Pakistan team's pathetic performance in the ongoing tour of Sri Lanka, I demand sacking of Intikhab and Yawar with immediate effect," Dr Shah, who is also Sindh Sports Minister and President of the Karachi City Cricket Association (KCCA), said in a statement issued to the media the other day.

“The combined age of the two gentlemen (Intikhab Alam and Yawar Saeed) is 150 years and they have failed miserably to deliver. They must be called back home and new coach and manager should be sent to Sri Lanka before the next ODI to revive the spirit of the team," he remarked in the strong-worded statement.

Younis Khan's Pakistan team, having suffered their first-ever Test series loss in Sri Lanka, and are now trailing 0-3 in the ODI series with two more games to play.

The recent reports of the presence of some bookies at same floor and having dinners and teas with unnamed players of the Pakistan team have caused more controversies back home.

Dr Shah, a member of the PCB Governing Board, has also demanded investigations into the alleged presence of unwanted elements in Pakistan team's hotel.

He charged that both Intikhab Alam, a former Pakistan captain, and Yawar Saeed, have failed to exercise control over the team that has resulted in the disastrous performance with both the Test as well as the ODI series having been conceded.

Dr Shah did not mince words in stating that the same Pakistan outfit could have performed much better and the outcome of the series had been different if they were managed professionally.

Meanwhile Yawar Saeed, Pakistan's manager in Sri Lanka, has denied reports that the players were "approached by suspicious characters" at their team hotel during the two Colombo Tests earlier this month. He was quoted by a newspaper saying that some of the players had complained to him about the presence of undesirable people in the team hotel. 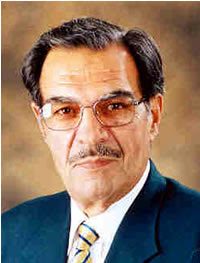 "Yes we were told by some of the players that a few suspicious people approached them during the Colombo Tests. We lodged a complaint with the hotel management, and they immediately shifted all of us to another floor of the hotel,” Yawar Saeed was quoted as saying.
"No such thing happened. There are usually many other guests at the hotel, who want autographs and photographs with the players, and then maybe invite them for a coffee or something. I just instructed the players not to go out with people they didn't know from before. And that is the usual protocol,” he clarified later.
"No bookie has approached me. If ever one does, I will catch him and hand him over to ICC because these people have destroyed the game," Pakistan captain Younis Khan asserted in a television interview.