England outclass Australia in decider to regain Ashes in style

Andrew Strauss and his men proved me right by outclassing the once mighty Australia in the fifth and final Test at The Oval to reclaim the Ashes in style. With 197 runs separating the two sides in the all-important battle there could not be any argument who was better equipped to tackle the pressure. 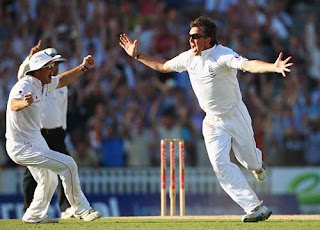 The experts as well as the bookies firmly believed that the momentum was with Australia entering the fifth Test but I had concluded my write-up on August 11 having said: England, I feel, can still turn it around in the decider at The Oval because there’s not much to pick between the two sides.

I don’t think many people agreed with my observations as they were unwilling to England a chance after the debacle in the fourth Test at Headingley where Australia had registered a comprehensive innings victory.

The reason why I backed England even after their massive defeat in the previous game was my conviction of Strauss being an inspiring leader with the team right behind him. I had a feeling that the Australians would be found wanting if challenged by the scruff of their neck.

I expected England to post at a least 400 on the board when Strauss himself led the charge on the first morning. With just one wicket down and over a hundred runs in the bank in the first session the platform was set for the hosts to put together an imposing total. 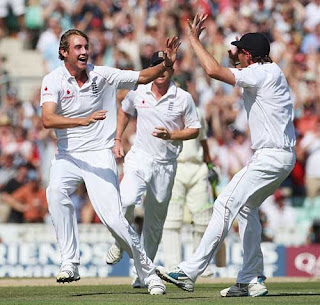 It was a bit surprising to find Paul Collingwood take so many deliveries to get a feel of the pitch in at a stage when the Australian bowlers were looking ragged after being counter-attacked by Strauss and Ian Bell.

Australia pulled it back by dismissing Bell and Collingwood in quick succession. The run out of debutant Jonathan Trott didn’t help England cause either and they must have felt let down by the middle-order when bowled out for 332 early on second day.

Stuart Broad’s sensational spell later in the day destroyed Australia and the home side was in great position to seal the fate of the game. The ever-improving Broad swung the ball appreciably to bring about the collapse that literally ensured the return of the ‘urn’ to the Mother country.

It was the turn of debutant Trott to steal the limelight in England’s second innings. He scored a magnificent century to stretch the overall lead past the magical figure of 500. The youngster took the lead from his captain whose second half century of the game was equally crucial as the first one.

Australia had more than two days to get to the target and when they ended the third day at 80 without loss there were quite a few people who thought they could still rewrite history.

The records are meant to be broken and the history is ought to be rewritten. But with available resources it was next to impossible to anticipate one coming at The Oval on August 23. 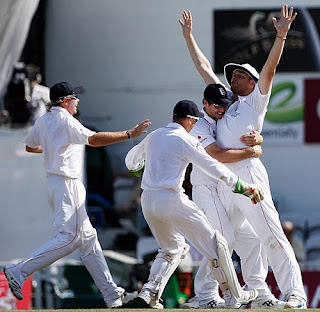 Michael Hussey played his best knock of the series but never did he look in a position to change the course of the match. The run outs of Ponting and Michael Clarke were resulted by the alertness of the England fielders who sensed blood and meant business.

Steve Harmison operated at over 90 miles an hour to demolish the tail quickly to prevent the game entering the final day. Off-spinner Graeme Swann was rewarded for his good work and it was probably in the fitness of things that he took the final wicket.
readmore »»