The Pakistan Cricket Board (PCB) may be prompted to recall early the duo of Mohammad Yousuf and Abdul Razzaq whose resignations have reportedly been accepted by the Indian Cricket League (ICL). 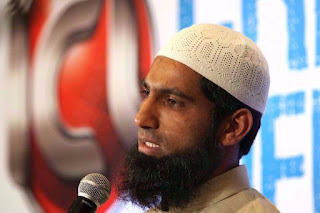 Both Yousuf as well as Razzaq can still be drafted in the Pakistan line-up because the batting simply has lacked the consistency in the recent past. It will come as so surprise if both of them make it to squad for Pakistan's upcoming tour of Sri Lanka.

The Pakistan cricket has certainly missed Yousuf’s anchoring role in the middle order and the enterprise of all-rounder Abdul Razzaq as their replacements have failed to deliver on a regular basis.

Since Yousuf and Razzaq are desperately needed to boost the struggling Pakistan side, it looks extremely likely that they might have been approached by the PCB officials with the solid offer of an immediate return to the national team if they distanced themselves from the ICL.

It’s debatable whether the PCB should have been so lenient in pardoning them for having compromised on national interests. Both of them, and all other who joined the ICL, knew that they were ruling themselves out of international arena since the ICC did not recognize the League.

The ‘rebel’ cricketers received astronomical sums for having ditched their national boards that’s why some of them have not welcomed players associated the ICL right away.

The PCB could have also waited for sometime before recalling the ICL contracted cricketers, even though they had resigned from the League.

Drafting them back into international cricket from the moment they have resigned from the ICL doesn’t reflect wisdom. The cricketers, who benefited so much financially for having abandoned the national team, should have been made to wait for some time before recalling them.

But the officials of the PCB must be having their logic that may not look logical to the ordinary mortals. They were issuing public statements that they were willing to take them back even when they were engaged in the ICL.

“Mohammad Yousuf and Abdul Razzaq are available for selection now and that is a good thing. Cooling period doesn't come into it,” Wasim Bari, a former Pakistan, now Director Human Resources at the PCB, was quoted as saying.

Wasim Bari obviously conveyed the sentiments of the people at the helm of the affairs in the PCB, who displayed so much of fondness for Yousuf out in the open despite his controversial moves during the past few years. 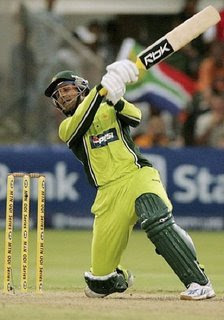 Yousuf, high in demand after accomplishing the record of highest number of Test runs in a calendar year, had signed a contract with the ICL in 2007. Then came the news of him ditching the ICL and getting a hefty fee from the PCB for doing the same.

Yousuf was eager to play IPL, after his ‘deal’ with the PCB, but legal complications didn’t allow him to fulfill this particular desire and he rejoined the ICL instead in late 2008.

Everyone believed that Yousuf’s career with Pakistan was over once he was back at the ICL. But he has been granted a new lease of life lately and his international career is likely to resume soon.
readmore »»