The resumption of international cricket in Pakistan has been delayed by at least six more weeks due to the tussle between the Sindh Sports Minister, Dr Syed Mohammad Ali Shah, and the Pakistan Cricket Board (PCB) which has led to the postponement of the two Twenty20 games between a World XI and a Pakistan team, which were due to be staged in Karachi on May 25 and 26. 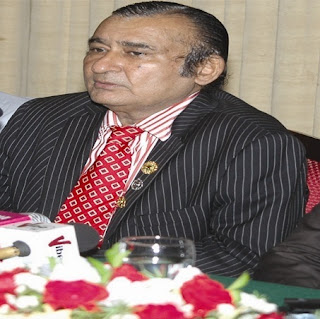 It looks like that Chaudhary Zaka Ashraf, Chairman PCB, and his cronies are not eager to for the revival of international cricket in the country and the policies of Ijaz Butt are being followed.


There was a faint hope that Zaka Ashraf might prove different than his predecessor but the manner in which he handled the request of Dr Shah has convinced everyone that he has no plans to boost the Pakistan cricket which has been at the rock bottom since the ‘rule’ of Ijaz Butt.

“We had received a letter from the PCB in which it was suggested to consider postponing the visit for period to be mutually worked out. Now the matches are most likely to be staged on July 14 and 15 upon the return of Pakistan’s team from the tour of Sri Lanka. The final decision in this regard, however, will be taken in a meeting between Dr Shah and Zaka Ashraf,” a handout issued from the office of the Sindh Sports Minister on May 16 said. 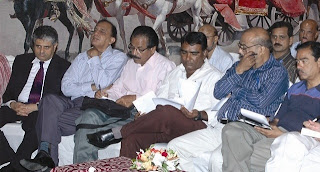 “All the contracted players of World XI, alongwith manager Alvin Kallicharran, were ready to come over to Pakistan. The air tickets had been arranged and they would have reached Karachi on May 24. Since the Pakistan team was not available, it was not considered worthwhile to field a second XI to face World XI. The broadcasters also desired the national team, not a second XI, for marketing purposes,” it added.


Dr Shah, who had vowed to hold both the Twenty20 matches later this month despite the lukewarm response from the PCB, was not available for comment, having proceeded abroad for treatment. He is expected to return in a week.

Having extended invitation to President Asif Ali Zardari and Prime Minister Syed Yousuf Raza Gilani to be the guest of honour in first and second matches respectively, Dr Shah, a former member of the PCB Governing Council, had seemed confident of getting the permission to hold the two night games at Karachi’s National Stadium besides the national team. 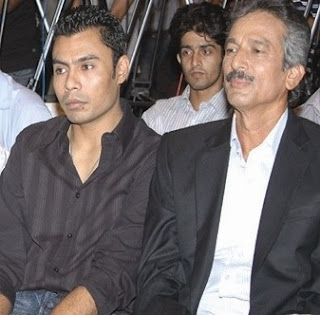 Dr Shah’s Asghar Ali Shah Foundation, with the support of the Government of Sindh, had roped in quite a few international cricketers for what basically were charity matches to raise funds for the flood-hit victims.

Dr Shah had announced in a media briefing just the other week that all the 12 contracted players were paid signing fee of 10 percent while the balance amount was to be disbursed in two installments upon their arrival in Pakistan.

Although it has not been confirmed officially yet but there are indications that the contracted players were briefed about the possibilities of the postponement of the two matches for a few months and they would be obliged to fulfill their commitment at a later stage.
readmore »»