The hand injury sustained by South Africa’s premier batsman AB de Villiers, during the ongoing Champions League tourney in India, has ruled him out of cricket for a period of four to six weeks.

He will surely miss South Africa's upcoming T20 and ODI series against Australia. He was due to make his captaincy debut for the country in the T20 encounter but his dreams were shattered after breaking the third finger on his left hand during fielding practice with the Royal Challengers Bangalore on September 28.

The injury indeed serves as a setback to South Africa's plans of starting a new era, with former opening batsman Gary Kirsten as head coach and de Villiers as captain in limited-overs version. Instead they find themselves pushed to a corner to work out a contingency plan right at the beginning.

The South African selectors or the management have not lashed out at the Champions League for obvious reasons but they certainly are feeling betrayed by this uncalled for and unnecessary exposure of their top guns at a time they should have been relaxing to prepare for the battle against Australia.

“We debated that at length and we will release the information around the captaincy at the same time as we release the squads, which will be early next week," Convenor of Selectors, Andrew Hudson, remarked in a diplomatic tone after chairing a meeting at the Wanderers. 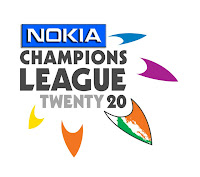 “The Champions League hasn't been kind to us. Last year we lost Dale Steyn, Jacques Kallis and Albie Morkel and we can only hope we don't suffer more. What we are realising is that T20 is hard on players, it's intense. We're going to have accept that we will get injuries,” he added.

Well the South African chief selector at least expressed his concerns and recorded his apprehensions. The Indians, who have suffered the most due to the Indian Premier League as well as the Champions League, prefer not to open their mouth on this critical subject.

The Board of Control for Cricket in India (BCCI) will not be speaking on the ills of the IPL or the CL because these are their babies and they have already done enough to suggest that international cricket or national glories come far below in their list of priorities. But I don’t think the other Boards will keep silent on this issue if the national interest would be compromised.

The South African cricket authorities have a responsibility to answer whether it was proper to let their players take part in the IPL or the CL instead of concentrating on national duties. Their reaction on the absence of de Villiers for the Australian series would be interesting to note.

Some of Australia’s top stars like Mike Hussey, Brad Haddin and Brett Lee are also being seen in action for their respective franchises in the CL. What would happen if they also get injured in some of the matches? Will Cricket Australia not stand up and explain what prompted them to let their star performers go there?

The only Board that remains above board at all times will be the BCCI because they seem to have been granted the license to play with the national interests. Nobody dared questioning them why the cricketers who were injured during the disastrous tour of England were allowed to play the CL. The follies of the BCCI will mainly hurt the cause of the Indian cricket for sure.
readmore »»