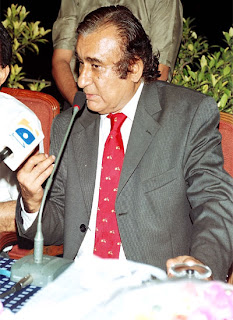 The city of Karachi will be hosting the Sindh Games for the third time in 24 years as the 13th edition of the premier provincial event will be staged here during in the first week of June.

The Government of Sindh, with the collaboration of the Sindh Olympic Association (SOA), has announced to organize the 13th Sindh Games 2010 in Karachi from June 1 to 5. Karachi had earlier hosted the Sindh Games in 1989 and 1999.

Dr Muhammad Ali Shah, Sindh Sports Minister, and Shoaib Ahmed Siddiqui, Secretary Sports and Youth Affairs to the Government of Sindh, have pledged to hold the event at different venues of Karachi in a befitting manner.

As in the past, he said, all the five regions of the province, Karachi, Hyderabad, Mirpurkhas, Sukkur and Larkana would be taking part in the 13th Sindh Games.

“This is a special year during which the Commonwealth Games as well as Asian Games are scheduled to be held. The Sindh Games will have added significance in order to provide an opportunity to our athletes to prepare for these international events,” Shoaib Siddiqui, who is also the Secretary of the Sindh Sports Board (SSB), remarked in a recent interview.

“The tournaments in the indigenous games like kodi kodi, malkhara, wanjh watti, shootingball will also be held while the proposal of having the Twenty20 cricket making an entry in the Sindh Games was under consideration,” he added.

The Sindh Games, it may be recalled, was launched by the SOA in 1986 with the inaugural event staged at Larkana. The 2nd Sindh Games was held at Mirpurkhas in 1987 followed by one in Karachi in 1989.

The infighting and the subsequent litigation kept the provincial Olympic body dormant for a number of years, prompting the SSB to revive the Sindh Games in 1991 at Hyderabad. The fifth, sixth and seventh editions were also organized by the SSB at Sukkur (1993), Larkana (1995) and Mirpurkhas (1996).

The SOA dispute was resolved in 1996 but they have had to seek the financial assistance from the provincial government for holding the Sindh Games all along. Its eighth and ninth editions were staged at Karachi (1999) and Hyderabad (2000) before yet another long break. 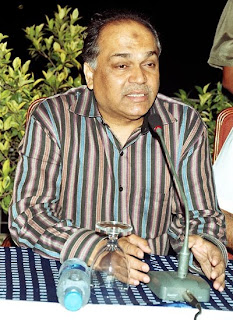 The Sindh Games was revived in 2006 with Hyderabad hosting it for the second successive time. The 11th edition was held at Sukkur in 2008 with Larkana having played host to the 12th Sindh Games last May.

Dr Mohammad Ali Shah and Shoaib Siddiqui are credited to have organized the last Sindh Games against the heaviest of odds in Larkana. The weather was not particularly friendly to a sporting event during the month of May but the Sindh Sports Minister as well as the Sindh Sports Secretary remained convinced that the athletes would benefit a great deal by competing in rough and tough conditions.

Their fierce determination silenced the critics and the Sindh Chief Minister, Syed Qaim Ali Shah, had publicly recognized the grit of the provincial sports functionaries for having blessed Larkana with a magnificent event readmore »»