Posted by Editor at 1:42 PM .
0 comments
Labels: Chirayu Amin, IPL, Lalit Modi
By Syed Khalid Mahmood
The Governing Council of the Indian Premier League (IPL) has appointed Chirayu Amin, vice-president, Board of Control for Cricket in India (BCCI), as the interim chairman of the league following the suspension of its commissioner Lalit Modi.
Modi, also a vice-president of the BCCI, was suspended on April 26, only hours after the conclusion of the IPL final in Mumbai. 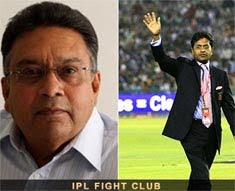 Modi, facing 22 charges ranging from financial irregularities to rigging bids proxy holdings and kickbacks in broadcast deal, was not present in the meeting chaired by BCCI President Shashank Manohar at the Cricket Centre in Wankhede Stadium.

The meeting, lasting close to one and a half hour, was attended by 13 members of the Governing Council of the IPL who unanimously appointed Amin as the interim chairman of the league.
Besides being the vice-president of the BCCI, Amin is the head of Baroda Cricket Association (BCA) and also a member of IPL Governing Council whose other members are Punjab Cricket Association chief Inderjit Singh Bindra, BCCI treasurer M.P. Pandove, vice presidents Amin, Rajeev Shukla, Arjun Jaitley, board secretary N. Srinivasan, joint secretary Sanjay Jagdale, Jammu and Kashmir Cricket Association chief Farooq Abdullah, IPL vice-chairman Niranjan Shah and former Indian captains Ravi Shastri, Sunil Gavaskar and Mansoor Ali Khan Pataudi.
"My priority is to clean the game and plan for next year's IPL. We have showcaused Modi and will wait for his reply," Amin remarked in his brief statement after taking over the leadership of the IPL.
The high-flying Modi, however, came in for a scathing attack from the BCCI President during the press conference after the meeting.
Manohar said that Modi would be charged on five counts - shady initial bids of Rajasthan Royals and Kings XI Punjab, a suspect broadcast deal with Sony, bid rigging of two new franchises this year and his behavioural pattern.
"The charge sheet was discussed and the Committee also appointed Chirayu Amin as the interim chairman. BCCI CAO Ratnakar Shetty will look into all the records," Manohar announced.
"Many documents are missing from the IPL and BCCI offices. Income Tax department has been asking for them but we don't have them. Like the papers of the broadcast deal with Sony are not with us. IT department is asking for these documents but we can't give them because they are not with us," the BCCI chief disclosed.
"With regards to the 2011 IPL, Ravi Shastri, Sunil Gavaskar and M A K Pataudi will decide the modalities of holding three foreign and four Indian players after discussing with the franchises," he added. 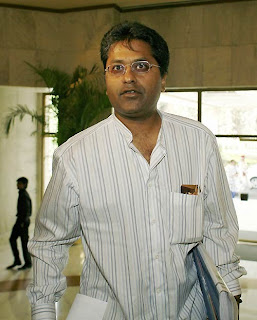 Meanwhile the suspended IPL chairman and commissioner, Modi, claimed that he was still the chief, and by tweeting "we have just begun" hinted at a long drawn battle ahead.

He didn't sound perturbed by the charges levelled against him. "Had a restful day. Been in the spa all day. Much needed rest," he wrote.

There are indications that Modi can go in for an appeal to the BCCI to lift his suspension and there is also an intense speculation that he might take legal recourse to challenge the way he was removed.
readmore »»