The Pakistan Billiards & Snooker Association (PBSA) earned goodwill and recognition over the past couple of decades for having worked with transparency and missionary zeal. 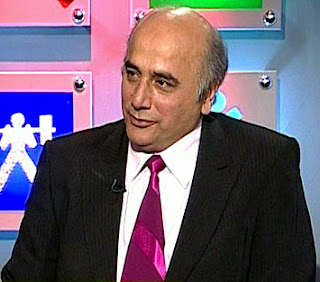 The dynamic leadership of Ali Asghar Valika took the Pakistan snooker to new heights and the game progressed in leaps and bounds over the years. At times snooker was even considered as the most popular sport of the country after cricket of course.
Snooker earned laurels and medals for Pakistan. Mohammad Yousuf won the World Amateur Championship in 1994. Shaukat Ali captured the gold medal when snooker was included in the Asian Games for the first time in 1998. Earlier the same year Yousuf had annexed the Asian title. Pakistan’s cueists went on to bring home medals in the 2002 Asian Games as well.
Asghar Valika had to quit the PBSA in controversial circumstances last September and the new set of office-bearers were left with a daunting task of putting things back in order.

Alamgir Anwar Shaikh, who succeeded Asghar Valika, displayed tremendous enthusiasm and energy to come to grips with the challenges but he has come under fire of late for having promoted joyrides.

He was found wanting in coming up with a convincing answer to justify the presence of two officials with as many cueists during the recently concluded 25th Asian Snooker Championship 2009 staged in China.

During the media launch of the NBP Ranking Snooker Championship 2009 at the Karachi Club, Alamgir Shaikh was asked how their Association, which was unable to hold the Latif Masters due to the shortage of funds last year, became so rich overnight that it could afford sending as many as two officials with the two cueists.

The PBSA President was also in a spot of bother when questioned about the wisdom behind sending two officials and not allowing the young duo of Mohammad Asif and Mohammad Sajjad to have the facility of a coach to turn to during the course of the Asian Championship.

“Bilal Mughal, whose services were acquired to conduct a three-week training camp on the eve of the departure to China, is basically a coach only for the beginners. That’s why we didn’t deem it proper to take him for the Asian Championship,” Alamgir Shaikh opined. 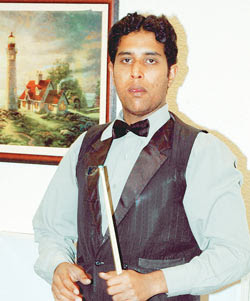 The PBSA President, however, looked towards the heavens when reminded that the same Bilal Moghul was appointed coach for the national team during the Asian Championship last year in Dubai.

The snooker circles have pointed fingers at the policy of the present PBSA office-bearers, accusing them of being engaged in joyrides at the expense of the game.

Alamgir Shaikh conceded that the performance of the Pakistan’s cueists in the recently concluded Asian Championship was the worst-ever for a long time. “Yes it’s true that our youngsters were unable to deliver. Debutant Asif fared a little better, forcing his way into the knockout stage of the competition but Sajjad was a big disappointment throughout the event,” the PBSA President admitted.